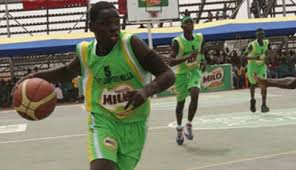 Players of Benue State and Kaduna State proved their dominance by qualifying for the semi-final at the ongoing Nestle Milo Secondary School Basketball Championship at the Akure Township Stadium, Ondo State on Sunday.
In the girls’ category, Government Secondary School, Gboko, Benue State, outclassed Government Model College, Bida 23-14 to set a date with host state, Ondo, whose girls from CAC Grammer School, Akure qualified as runner up in Group A despite losing their last game 17-19 to Kebbi girls.
Also, Benue boys from St Joseph Secondary, School, Myiman, outshone Army Day Secondary School, Birini Kebbi 22-15 to set a clash with Government Secondary School, Maina, Nasarawa State, who compounded the woes of the weeping team of the tournament, TCNN Staff Secondary School, Bukuru, Plateau State 32-15.
Similarly, Kaduna Boys and girls qualified for the semi-final after defeating Ondo State 30-22 and Plateau State 18-4 respectively.
Other teams that made it to the semifinal include Niger Boys as they walked over Gombe 20-0 with Kebbi and Ondo team qualifying in the girls category.
The semi-final matches are billed for Monday at the same venue, with Benue confronting Nasarawa and Niger battling Kaduna in the Boys category while Benue will clash against host team, Ondo, as Kebbi play Kaduna in the girls category.
All the finalist in both categories will represent the Central Conference at the finals billed for July 1 to 6, 2013 in Lagos.