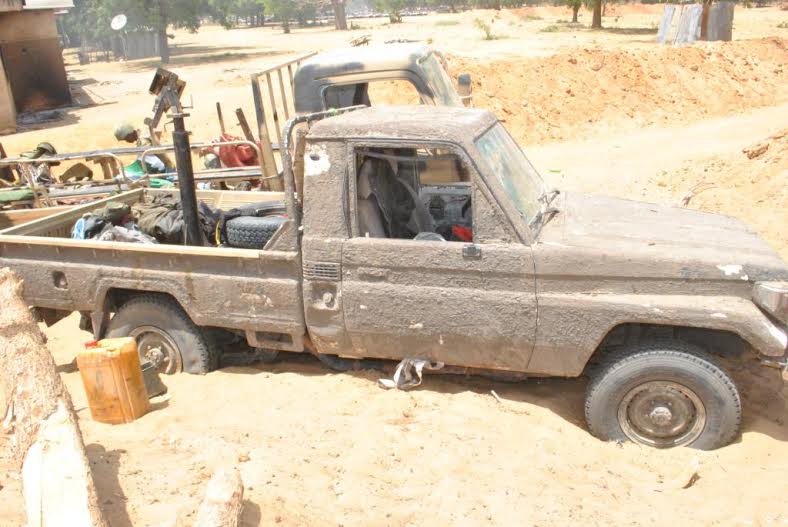 The military on Friday said it foiled an attempt by some terrorists in Maiduguri, Borno State to free some of their detained colleagues.
This was contained in a statement issued by Major General Chris Olukolade, the Director of Defence Information, in Abuja.

Olukolade said of the early morning attack, which was first reported by The Eagle Online: “The attack has been successfully repelled with heavy human casualty on the terrorists.
“Pockets of terrorists, apparently in a move to boost their depleted stock of fighters this morning, attacked a military location in Maiduguri.
“This is with a view to freeing their colleagues who are being held in detention.”
Olukolade said that many of the terrorists and their weapons had been captured, adding that four soldiers were wounded and were being treated.
Olukolade added that the terrorists were being pursued, as land and air operations were ongoing alongside cordone and search operations of the surrounding localities.
According to him, no institution has been reported attacked, although the effect of firing from the encounter could be noticed in surrounding facilities in Maiduguri.
Olukolade added: “It is believed that this terrorists attempt is in response to the intensity of attacks on their strongholds in camps at Talala, Monguzum, Sambisa forests, Gwoza, Mandara mountains in Borno, as well as the general area of Lake Chad.
“The camps have been destroyed and many insurgents killed.”