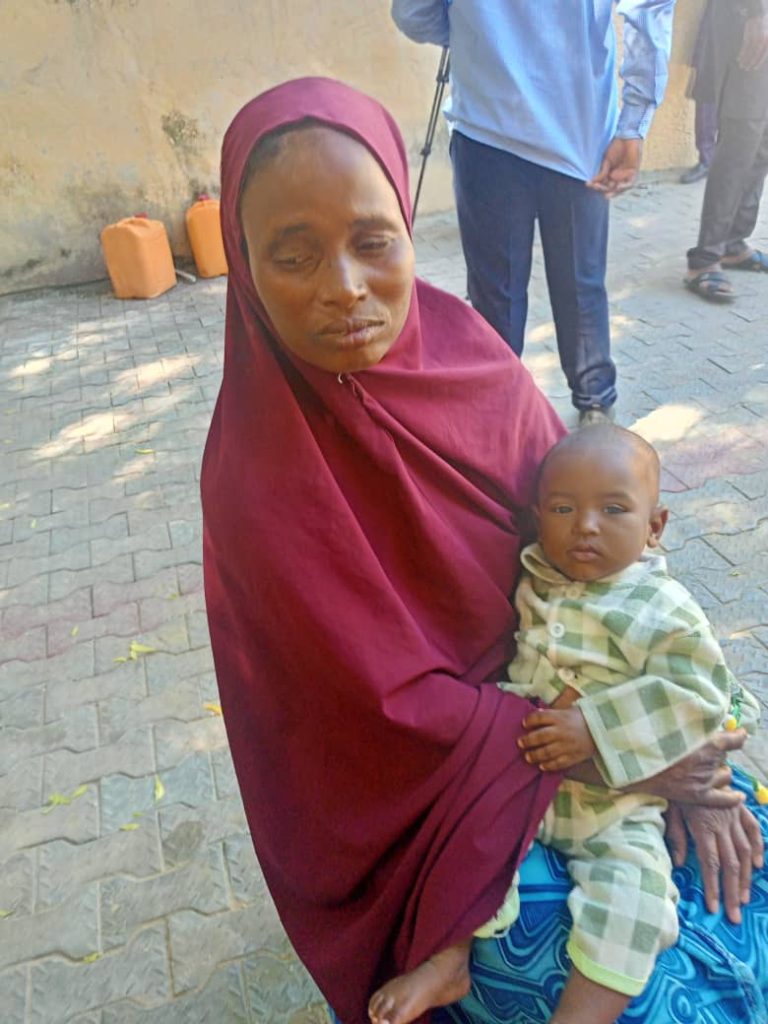 As part of showing love to humanity, health personnel at the Giwa Barracks detention centre in Borno State has been helping pregnant wives of detained Boko Haram and ISWAP terrorists to deliver their children successfully, PRNigeria has gathered.

The detention facility has also been providing the children of their detainees the necessary care for their physical growth.

The health facility at the barracks has successfully handled the childbirth of two women, and thereafter provided their babies with necessary feeding and clothing provisions, in recent times.

One of the wives of a Boko Haram suspect who is still at large, Aisha Ibrahim, gave birth to her son, Mohammadu in May and he is now seven months. Mohammadu’s pregnancy was about six months when his mother was captured and brought to the Joint Investigation Centre, JIC, at the Giwa barracks.

The 31-year-old noted that she was scared about her pregnancy and the fate of her unborn baby when she joined the women already in the military centre, late last year.

“But to my surprise, the military officers who are guarding us took care of me and another woman who was also pregnant, at that time.

“They gave us routine drugs and consistently monitored our situations, prior to our delivery. They were also there for us when we were ready to put to bed.

“It was the females among the soldiers here (at the JIC detention centre) that handled our childbirth, together with some private healthcare officials at the clinic in this our barracks.”

Corroborating what little Mohammadu’s mother initially asserted, Yanna Madu Kawu, another female who has been held at the barracks since 2017 with her husband (a repentant terrorist) said the staff at their detention home always provide necessary support and care for the pregnant wives of arrested terrorists.

Since her arrival five years ago, Kawu, who hails from Konduga Local Government Area of the State, told PRNigeria that the military health officials at the barracks have assisted three pregnant women brought to their centre, to deliver successfully.

The 20-year-old, who already has a daughter, said: “They don’t show stigma to wives and daughters of the terrorists arrested and brought here. They even support the pregnant ones among us, not showing concern about the fact that some fathers of the unborn children are Boko Haram fighters.

“Immediately any pregnant woman affiliated to Boko Haram is arrested and brought here, they will enrol her for ante-natal. To the best of my knowledge, they have never advised any expectant woman to terminate her pregnancy, regardless of how their pregnancy was gotten”.

In separate chats with PRNigeria, the Commander 7 Division Medical Services and Hospital, Lt. Col. Adeniyi Ogunsakin, and Sergeant Caesar Ojoko, representative of 7 Division Medical Hospital at the Giwa barracks health clinic for inmates, said as military health workers, they are always concerned about the condition of terrorists’ wives and their daughters arrested by troops, with pregnancies.

“Hence, our major concern is not how to help them or coax them to terminate their pregnancies. We don’t do that. It is not a global best practice. As such, there is no way the military will support such an act to be carried out by medical officers in any of its health facilities.

“Thank God we have never witnessed a situation where someone will approach us for that, even as we have never compelled anyone to perform it in our medical facilities, or otherwise,” they said.

The full report and more pictures here: Fathered by Terrorist, Nurtured by Military: Inside Story of 7-Month-Old Maiduguri Baby https://prnigeria.com/2022/11/29/fathered-terrorist-nurtured/