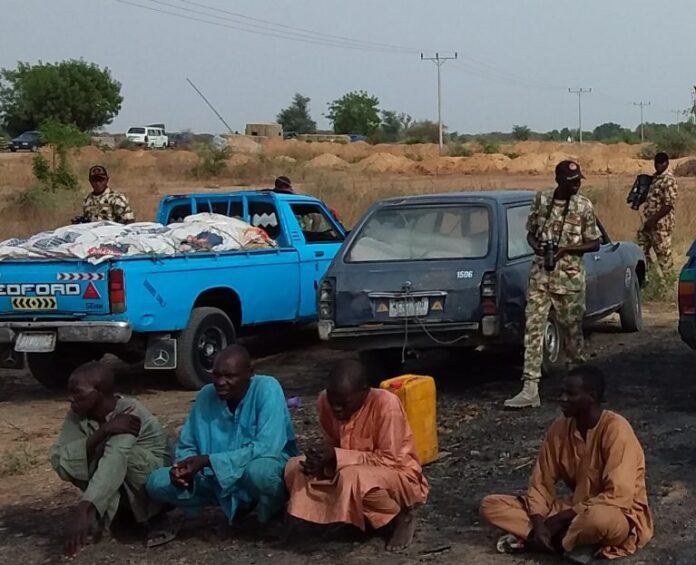 No fewer than 40 bandits camps were destroyed by a coordinated military operation around Sunke and Bagega general area in Anka Local Government Area of Zamfara State, the News Agency of Nigeria reports.
A credible military source told NAN on Saturday in Gusau that the operation was conducted between Monday and Friday.
He said the bandits were regrouping and undermining the peace in Zamfara State after they were decimated by the military in their hideouts in Katsina, Sokoto and Kebbi States.
The source said 21 AK 47 rifles and 20 motorcycles were recovered from the fleeing bandits in the joint security operation involving the army, police and airforce.
He added that 300 rustled cows and 22 kidnap victims were saved from the bandits, while no fewer than 30 bandits were killed in the operation.
The source, however, said a few soldiers wounded in the course of the operation were responding to treatment.
He added that four other bandits were killed in Isa local government in Sokoto state and eight in parts of Kebbi State, while two who were captured have been handed over to the police.
The Zamfara State Commissioner for Security and Home Affairs, Alhaji Abubakar Dauran, confirmed the development.
Dauran said: “I can confirm to you that coordinated military operations are currently taking place in various parts of Zamfara and neighbouring states with the bandits finding survival highly difficult.”
NAN recalls that Governor Bello Matawalle recently gave bandits operating in the state the option to either surrender or face full military power.