Military chiefs to meet in N’Djamena over 8,700 task-force to fight Boko Haram 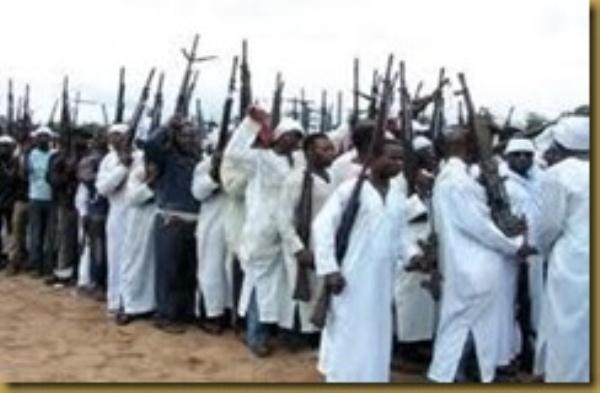 Share
Facebook Twitter LinkedIn Pinterest Email
The Niger Military said on Thursday that military chiefs from Nigeria, Chad, Cameron, Benin and Niger would meet in N’Djamena next week to finalise strategy for the 8,700 task-force against Boko Haram.
The Director of Documentation and Military Intelligence of Niger’s Armed Forces, Colonel Mahamane Sani, said in Ndjamena that all the efforts were aimed at fighting the insurgence to a standstill.
Sani said the forces are seeking to pin down Boko Haram within Nigeria’s borders ahead of a ground-and-air offensive by a regional task-force due to start from the end of next month.
He said: “All we are doing right now is stopping Boko Haram from entering Niger.
“If they attack our positions, we push them back a certain distance and Nigeria pushes from the other side to contain the situation.
“There are initiatives by our countries to make sure Boko Haram doesn’t get out of control, but we have a deadline of end-March to put the joint force into practice.”
Sani said the force’s first commander would be a Nigerian and the position would then rotate annually among members.
He said air power would play a key role but ground troops would then be used to neutralise survivors in the wooded and mountainous terrain occupied by the jihadist group.
“Information on their location needs to come from human sources first, then you send technological resources to check it and you maintain observation on them until air strikes arrive,” he said.
Sani said the US military would help with drone intelligence on fighters’ movements.
“This is no longer an issue of national security for Nigeria. It’s a question of regional and international security,” he said.
“If Nigeria implodes then the whole of Africa will feel it. So, we must all be on our feet,” he added.
He said the implementation of the force has been delayed by tensions between Nigeria and Cameroon over the right to pursue militants across the border into each other’s countries.
Sani said Niger and Chad already have agreements in place covering that with each other, including Nigeria.
“Nigeria and Cameroon would be under pressure to iron out their differences,” he said.
He said Niger’s military had carried out air strikes against Boko Haram positions and used ground forces to mop up the survivors.
Sani, however, denied a report that the Niger air force was responsible for an attackon Tuesday that killed more than 36 civilians at a funeral in the border village of Abadam in Niger.
He said it was being investigated.
Reuters/NAN.