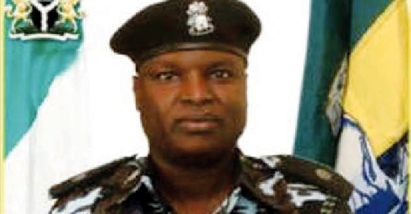 Since the arrest of Anthony Pepple, a self confessed member of the Niger Delta Avengers, by operatives of the Special Intelligence Response Team, led by Assistant Commissioner of Police Abba Kyari, the suspect has been singing nonstop.
According to Pepple, he was a trained safety officer in Agip and joined Saipem Nigeria, an oil serving company in 1997.
He would later be promoted to the position of a Health Safety and Environment Supervisor in 1999.
He held the position until he had opportunity to travel overseas to attend courses.
He travelled to Italy, Romania, France and Abu-Dhabi, which eventually made him a qualified HSE manager.
He said: “I left the company and decided to work with my uncle, who was, Wilson Alison, treasurer of the Ijaw National Congress, INC. That was at the thick of the Niger Delta crisis. My uncle needed someone he could trust to always move with him and go on errands.
“In 2010, my uncle wanted to divorce his wife because he discovered that she was too fetish. He alleged that when he went to USA, she slept with his friend. He found out. He asked his lawyer to file a divorce because he married her in court. When his lawyer called her attention to the development, they started having problems. I was informed that she paid N10 million to late Soboma George, to eliminate my uncle.
“My uncle was killed at Orazi Road, linking to GRA Port Harcourt. Four guys on two motorcycles, armed with Ak47 rifles attacked and killed him. The first person at the murder scene was his wife, who had not been living with him for over three years. I wasn’t in town when this happened. I was in Delta State, on errand for him. When I came back, I went to the police station. We took his corpse to the mortuary. I carried out investigation to know the person behind his death. I learned that the boys that killed him were Soboma’s boys. I heard they were paid N10 million. I confronted my uncle’s wife and she got angry. She called me a cultist, militant and reported me to the police. The military Joint Task Force and Soboma’s boys started hunting me. I went into hiding; luckily, the then Rivers State Commissioner of Police, learnt about everything and invited me. I told him all that happened. He assured me that nothing would happen to me. He said I should allow my uncle’s wife to bury him.
“This was in 2010. I got a job offer from Saipem in Abu-Dhabi and we built the world biggest gas plant. I was earning between N800,000 to N1 million monthly. I spent five years in Abu-Dhabi and by December 2014, I came back to Nigeria with the money. I have saved and I intended to go into oil bunkering.”