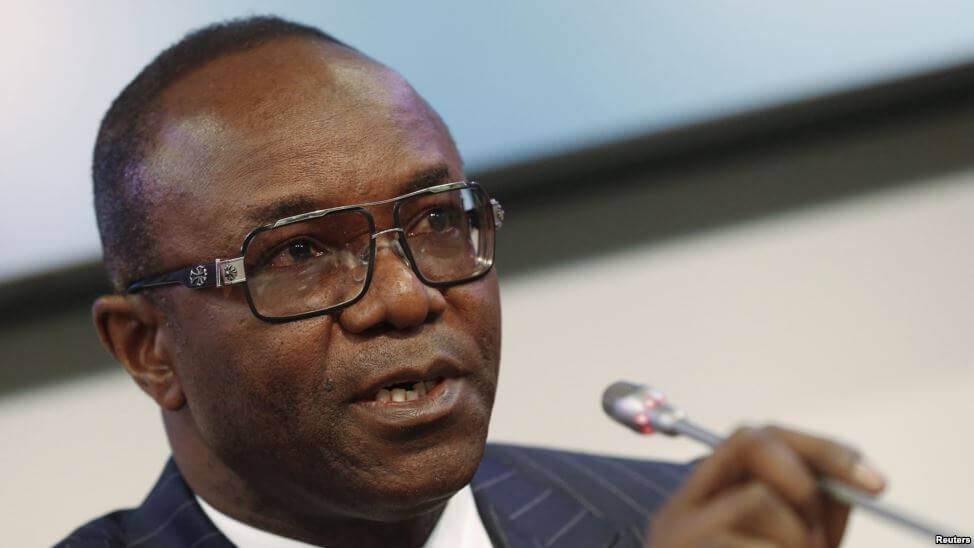 The Minister of State for Petroleum Resources, Dr. Ibe Kachikwu, has said Nigeria’s current crude oil export volume is less than 1.3 million barrels per day.
Kachikwu said in an interview with the News Agency of Nigeria in Abuja that the export level was negatively affecting the 60 per cent to 40 per cent Joint Venture agreement of the Federal Government.
He said: “In terms of exports, you know that usually we tend to have a 60 to 40 per cent Joint Venture.
“The 1.6 million barrels is a mixture of Production Sharing Contract and JV production.
“The first is the 445,000 barrels which goes into our local production for the refined petroleum products that we see.
“If you take that out, we are probably at less than 1.3 million barrels in the export volume and we all treasure that 1.3 million and affects Nigeria in 60-40 relationship business.”
Kachikwu noted that the volume of oil available to the federation had dwindled substantially, adding that the Federal Government was making every effort to ensure increase in the volume.
According to him, the increase is important to enable the government to meet the demand of 2016 budget projection on the oil production.
He said the survival of oil sector “heavily depends on activism to push your range, work, profile and stands”.
Kachikwu said peace in the Niger Delta was necessary to get things back to normal in the country.
He said: “What is important is that once we find the peace, which I am sure we will, the very nature of Nigerians are a lot of peaceful people at the end of the day.
“Eventually, we will have to sit down and talk and find solutions.
“And once we do, hopefully, there would be enough time for us to ramp up and recover some parts of the losses.”
NAN recalls that the Federal Government on Monday said it would open dialogue with militants in the Niger Delta.
It said the National Security Adviser, military chiefs, opinion leaders and the Minister of Petroleum Resources would be part of the group that would engage the militants in the dialogue.
NAN.