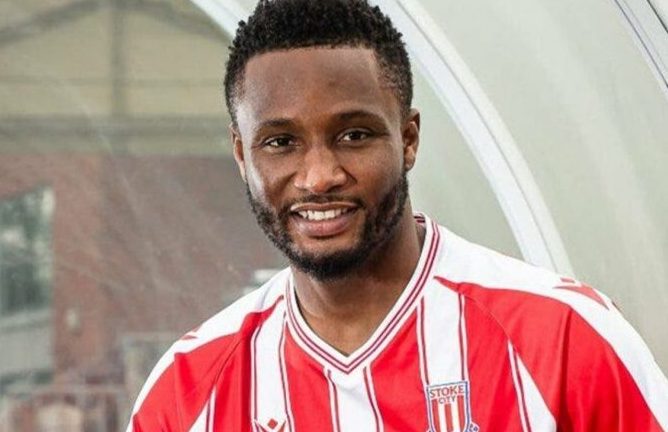 Stoke City coach, Michael O’Neill, is confident that his side can push for a top six position in the Championship if Mikel and two other key players return from injury.

The former Super Eagles captain was not in the Potters squad that put up a good performance despite a 3-1 loss to Tottenham Hotspur in the quarterfinal of the Carabao Cup on Wednesday evening, a game he badly wanted to be involved in given his Chelsea past and relationship with Jose Mourinho.

Without their marque summer signing in the squad, Stoke City have won three of their last seven games in all competitions and currently sit seventh in the Championship standings after 20 games played.

“We have young players who are ambitious, hungry and who want to do well while we still have some key players to return – Joe Allen, Sam Clucas and John Obi Mikel to name three,” O’Neill said to Stoke City’s official website.

“If we can get those back in our starting XI for the second half of the season then we can push to be in the top six at the very least and aim to get this Club where we feel it should be.”

Stoke City will check on the fitness of Mikel ahead of their Boxing Day encounter against Coventry City.