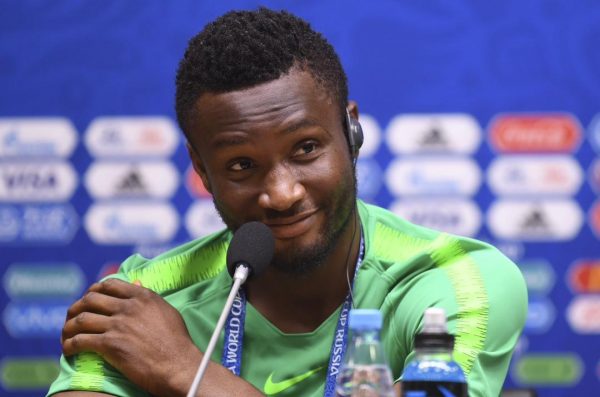 Share
Facebook Twitter LinkedIn Pinterest Email
John Obi Mikel has announced his readiness for his Middlesbrough’s debut against Newport County in Saturday’s FA Cup tie.
The Chelsea legend returned to England after two-year stay with Chinese Super League side Tianjin Teda to sign a shot-term deal with the Championship side.
The 31-year-old immediately joined the rest of the squad for his first training session on Thursday after enjoying a warm welcome from the fans and has heralded his preparation for their meeting with the League Two outfit.
“Thrilled to announce I’m back to England and I’ve joined Middlesbrough football club,” Mikel posted on Instagram.
“[I] had a fantastic first day training with the team and getting to know everyone. Thanks for a warm welcome. Let the challenge begin!”
Mikel spent 11 years with Chelsea before his departure from Stamford Bridge in January 2017, winning two Premier League titles, three FA Cup, Football League Cup, Community Shield, Champions League and Europa League.
He will hope to use his experience to help fifth-placed Smoggies return to the Premier League at the end of the season.
Post Views: 0
Chinese Super League FA Cup Middlesbrough Newport County Tianjin Teda
Share. Facebook Twitter Pinterest LinkedIn Tumblr Email