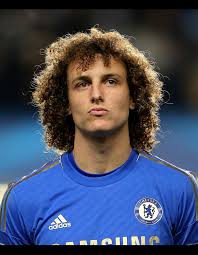 Chelsea midfielder Mikel John Obi has named David Luiz as the funniest player at the club.
Luiz returned to Stamford Bridge on transfer deadline day in a shock £32million move from Paris Saint-Germain.
The Brazil international had previously played for the Blues between 2011 and 2014, where he won the Champions League, Europa League and FA Cup.
And Mikel has now outed him as Chelsea’s dressing room joker, admitting that his former team-mates are delighted to have him back.
“David is the funny one,” Mikel told Goal.
Chelsea training as David Luiz prepares for second debut
“I can’t explain how funny he is.
“He’s beyond funny, he’s crazy. When he is around. Nobody is relaxed when he is around because he either jumps on you or surprises you.
“He is a lovely guy, he is funny, just like Diego Costa.
“He is a fun guy – an interesting guy to be around in the dressing room.
“And now he speaks French, all you can hear is David Luiz speaking French, showing off to everyone that he is speaking French, so it is lovely to have him back.”
Luiz’s return has been seen as a gamble with doubts lingering over his defensive ability.
Former Manchester United captain Gary Neville once suggested he played like a video-game footballer being controlled by a 10-year-old.
However Mikel reckons Luiz has returned a better player – and the Blues will reap the rewards because of it.
“One thing is for sure, he has definitely improved his game in Paris,” Mikel added.
“I think we will see a much better David Luiz. He is coming into the team to help the team.”
“He’s a great player, uses both feet. Great defender, I think he has gone to Paris Saint-Germain and improved his game quite a lot so I think maybe some of the pundits, last time he was here, they weren’t really in support of him.”