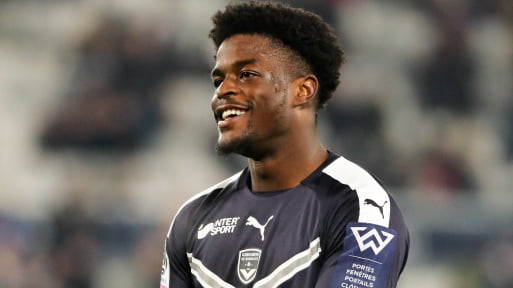 Middlesborough are interested in taking Bordeaux striker, Josh Maja, back to England despite the forward’s less-than-impressive spell with Fulham in the Premier League recently, said the Mirror as per Girondins4ever.

Bordeaux have not seen the best of Maja since he completed a €1.7 million deal from Sunderland in 2019.

The Anglo-Nigerian forward has managed only 11 goals in 48 matches for Les Girondins to leave the French side unconvinced about his qualities.

The Ligue 1 club sanctioned the 22-year-old loan move to Fulham on the first of February to help the youngster fulfill a life-long dream of playing in the Premier League.

But it went downhill from there as the former Sunderland man notched just one more goal – against Arsenal – in the following 13 matches as the Londoners suffered relegation at the end of the season.

He has since returned to Bordeaux, but the Ligue 1 club is reportedly willing to listen to offers for the €5 million-rated striker.

Maja is still highly rated in England after netting 15 times in only 24 games for Sunderland in League one during the 2018/19 season.

Middlesbrough are, however, eyeing a loan deal for Maja, according to the report.

The London-born striker is a Nigerian international but has not featured for the Super Eagles since his debut, coming in for Victor Osimhen as a late substitute in Nigeria’s friendly 2-2 draw against Ukraine in 2019.