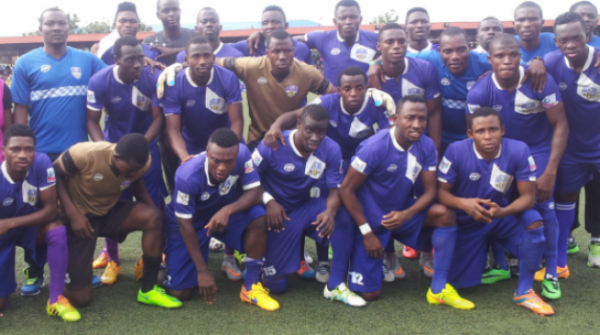 Premier League campaigners, Mountain of Fire and Miracles Ministries FC, on Friday declared Oriyomi Murtala Lawal Away Without Official Leave.
This was contained in a statement signed by the Director of the club, Davidson Adejuwon.
The statement reads: “We wishes to inform the general public, most especially the Clubs in Nigerian Football Leagues about one of its players, Oriyomi Murtala Lawal is presently AWOL.
“The player left the club on the 15th January, 2020, a night before our home game against Jigawa Golden Stars without the knowledge nor approval of the club’s management.
“MFM FC warn that any club or agent approaching the player for the purpose of transfer without MFM’s approval will face the risk of a lawsuit, as the player is currently on contract at MFM FC.”