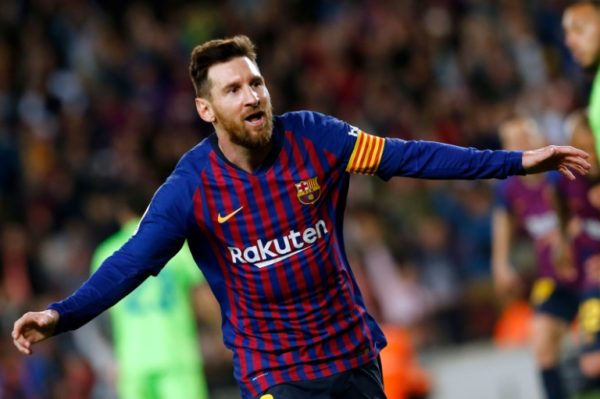 Lionel Messi’s plans to leave Argentina were put on hold on Tuesday after the Barcelona star’s private jet was halted amid a bomb scare.

The 34-year-old briefly returned to Rosario on Monday following Argentina’s Copa America triumph at the Maracana after an Angel di Maria strike clinched the nation’s first major trophy since 1993.

Messi was due to jet off for Miami, Florida to spend some time on holiday with his family, but his flight was delayed after a man claimed to have left a bomb in his suitcase.

Islas Malvinas International Airport was evacuated immediately and emergency protocols were put in place, with all flights grounded.

The incident was swiftly resolved but the emergency resulted in a major backlog of flights leaving the airport, including Messi’s.

An airport statement read: ‘At 11:50 am, the airport security police (PSA) activated the preventive emergency plan due to a situation of suspicion. The building was evacuated as a precaution.’

It is not known whether Messi’s wife, Antonela Roccuzzo, and his three sons were with him during the incident, but he was pictured with his father Jorge on the tarmac on Tuesday. Antonela had greeted Messi upon his arrival from Brazil on Monday.

Messi will spend the next few weeks unwinding after an arduous campaign in which Barca failed to return to the summit of Spanish football, nor make headway in the Champions League.

The 34-year-old became a free agent at the start of the month after the expiration of his four-year deal worth £425m. However, there has been no panic among Barca chiefs as to securing Messi’s future, 12 months on from the Argentine expressing his desire to leave Catalonia.

Sportsmail understands that  Messi has agreed to take a 50 per cent pay-cut to sign a new five-year deal with the LaLiga side.

The contract will see Messi stay at the Camp Nou until he is 39 and will help the club with their cost cutting following warnings from LaLiga president Javier Tebas who says their spending must continue to be reduced drastically before Messi can be registered.

Despite becoming a free agent and previous interest from Paris St German and Manchester City no talks with other clubs took place in recent weeks.

They have agreed to sign Sergio Aguero, Memphis Depay and Eric Garcia but are in the throes of streamlining their squad with debts around £1billion.