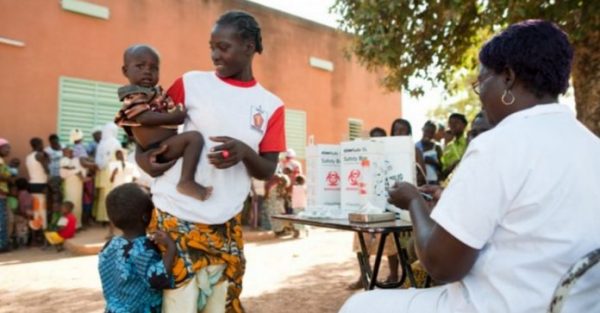 Two persons have been confirmed dead following the spread of Cerebro Spinal Meningitis to Lagos State.
The deaths in Lagos were confirmed by the Nigeria Centre for Disease Control, which also revealed that the death toll nationwide has increased to 438.
According to the NCDC, 19 states have been affected.
According to a statistics on the death toll obtained by Vanguard newspaper from the NCDC, Zamfara State tops the list of those with highest number of deaths since the disease broke out in Nigeria.
The statistics further revealed that the number of suspected cases three days ago has risen from 2,997 to 3,959.
The agency in a statement made available to Vanguard by its spokesman, Lawal Bakare, explained that the increase in number of cases was due to intensified case-finding going on in the affected States.
The NCDC said of the three cases recorded in Lagos State, two have died, while the other was still under monitoring.
According to the agency, as at April 5, a total of 3,959 cases with 438 deaths have been reported and 181 laboratory confirmed cases.
The statement by Bakare added: “Meningitis outbreaks are currently reported in 19 States with five States mostly affected (Zamfara, Katsina, Kebbi and Sokoto in the North-West zone and Niger in the North-Central zone of Nigeria).”
The NCDC said in order to tackle the scourge, a reactive vaccination campaign has commenced in Zamfara State, with massive turnout in all the targeted communities.
It said a joint team of NCDC, the National Primary Health Care Development Agency and partners have stormed Zamfara State to provide medical care for the residents.