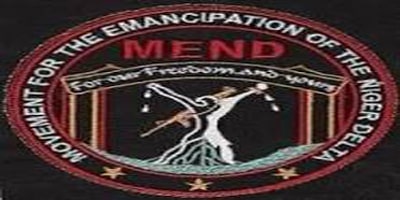 The Movement for the Emancipation of the Niger Delta has pulled out of the Pan Niger Delta Forum.
The Forum is being coordinated by elder statesman, Dr. Edwin Clark.
The decision of MEND to pull out of PANDEF came on a day the Clark-led body condemned the quit notice issued to Northerners and Yorubas to quit the Niger Delta by the Coalition of Niger Delta Agitators.
The spokesperson of MEND, Jomo Gbomo, in a statement on Sunday, said: “Our decision to abandon PANDEF stems from the commercial and political motives of the leaders and most of the members, who now see the platform as a means to bounce back financially and politically.
“It is also as a result of the lie told by Chief Clark to State House correspondents after the PANDEF volte-face meeting with the Acting President on Thursday, August 3, 2017, where he said that MEND was part of the parley when the group was not represented.
“MEND has also lost confidence in the effete leadership of Chief Edwin Clark and HRH, King Alfred Diete-Spiff, who like Robert Mugabe of Zimbabwe, still crave for power, wealth and pleasure to the detriment of developing the younger generation in leadership.
“It is annoying working with pretenders who conspired to keep silent when Goodluck Jonathan wasted the opportunity of the region and were part of the conspiracy to suppress the voice of Henry Okah and MEND.
“Today, the East West road they have suddenly realised that is in need of urgent repairs is a shameful deathtrap, which passes alongside oil wells and sits on top of huge gas reserves.
“PANDEF is demanding for the road to be completed, but during the six wasted years, these same members used the dilapidated road, lost loved ones there and said nothing, engaging instead on worthless pleasures, with the Abuja residence of Chief Clark as the rallying point.
“Chief Clark, who had direct access to his ‘son’, Goodluck Jonathan did not advice the former President to address the root issues and develop the region. Many sons and daughters, who enriched themselves, including the current PANDEF leaders, have no single viable industry built in the Niger Delta to show for it.
“The assets they have acquired are now forfeited to the region or the EFCC. Those ill-gotten assets cleverly hidden from the EFCC that we discover will be attacked and burnt to the ground.
“The Niger Delta is today blessed with private, State, and Federal University presence; including a Maritime Academy in Oron, Akwa Ibom State, which was established in the early 80s. One begins to wonder if the desperation and insistence of another similar university as a top priority by PANDEF is not just a ploy to cover-up an established financial crime.
“MEND will in the interim align with the new Ijaw Youth Council, IYC, under Barrister Oweilaemi and will continue disdaining the old impostors claiming to be IYC.
“We will also cooperate with the Niger Delta People’s Congress, NDPC, and genuine militants desiring change such as the Niger Delta Greenland Justice Mandate, which have shown consistency in doing away with the old order.”