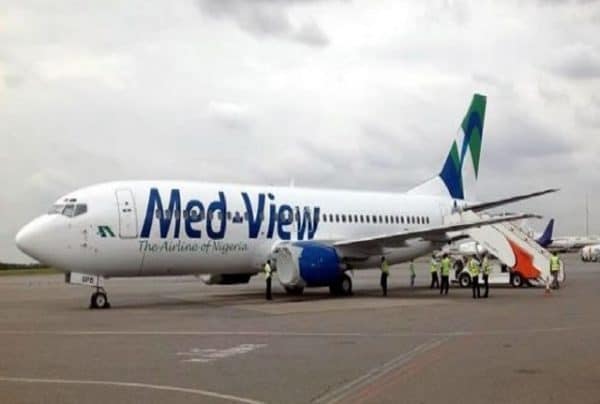 The first batch of 547 pilgrims airlifted by Med-View Airline to the 2019 Hajj on Friday arrived in Kaduna International Airport on Friday.
Obuke Oyibotha , the Media Consultant to Med-View Airline, confirmed the development in a statement issued on Saturday in Lagos.
Oyibotha said the arrival of the pilgrims put paid to comments in certain quarters that Med-View Airline was not involved in the 2019 Hajj airlift.
He said another batch of 128 pilgrims was billed to arrive Kano, Yobe and Lagos on Saturday on Max Air Flight VM2020.
He said: “Med-View Airline is one of the three carriers contracted by National Hajj Commission of Nigeria for the 2019 Hajj airlift.
“NAHCON initially gave Med-View 5,720 pilgrims to airlift, but later increased the number to 6,443.”
Oyibotha added that the rest of the pilgrims would be airlifted according to the schedule drawn to meet the mid-September deadline for all the flights.