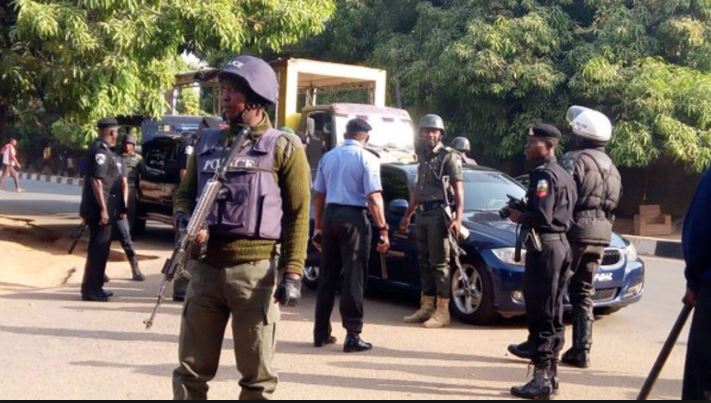 The wife of Port Harcourt, Rivers State-based mechanic, Chima Ikwunado, Adaugo, has appealed to the Rivers State Police Command to produce the corpse of her late husband, who was allegedly tortured to death for proper burial.
Adaugo, who spoke at a world press conference on Monday in Port Harcourt, faulted the allegation by the police that her late husband died in detention as a result of high level of sugar, noting that her husband was tortured to death for an offence he didn’t commit.
She noted that before they got married last year, “we did HIV, sugar level and some other tests.
“My husband was never sick.
“Police is lying.
“I want them to give me my husband’s dead body.
“The police people tortured my husband in their cell.
“Since December 10, 2019, I have not seen my husband.
“It was on January 5th that my father-in-law called to tell me in the village that my husband was dead.
“I have no father.
“I don’t have money and I don’t know what to do with my unborn baby.
“I want them (police) to produce my husband’s corpse so that I can bury him.”
Adaugo also dismissed the allegation that the late Ikwunado was a cultist as alleged by the Police.
Adugo, who is heavily pregnant, said amid tears: “I knew my husband two months before we married.
“He was not a bad person.
“He didn’t have bad friends.
“He has never stayed late night since we got married.”
In a related development, a coalition of civil society organisations in Rivers State has called on the United States Embassy, European Union and United Arab Emirates to cancel any visa application by anybody found culpable in the death of Ikwunado.
The coalition also demanded the same treatment for anybody that has a hand in the “unlawful” detention of four other mechanics still in police cell in Rivers State, just as it urged Amnesty International and global rights groups to initiate actions in the International Criminal Court against any police officer involved in Ikwunado’s death.
The President of the Rivers Civil Society Organization in the state, Comrade Enefaa Georgewill, who spoke at the world press conference called on the National Assembly not to allow Ikwunado’s death to be swept under the carpet.
Georgewill noted that there are too many torture chambers used to forcefully extract information from suspects in the state.
The coalition called on the Rivers State Governor, Nyesom Wike, “to wade into the matter and direct the Attorney General of the state to cause those boys in detention to be freed and the Commissioner for Health made to ensure they are given the best treatment money can provide.
“The governor should also direct the Attorney General to call for an inquest into the circumstances that led to the dead of Chima Ikwunado.”