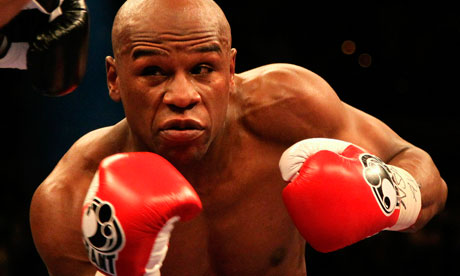 Two of the most decorated boxers of all time meet at the MGM Grand this weekend in a fight which is expected to smash pay-per-view records for the sport.

Mayweather has claimed that his methodical ways have even helped bump the purse as well as put him in a better shape than Pacquiao ahead of their highly-anticipated bout.

“Everything I do is calculated. Even keeping the world waiting for this fight, which would only have been worth about $60m if we’d done it five years ago,” the undefeated American told reporters at the MGM Grand on Wednesday.

“The way I fight my body hasn’t taken too much hurt or damage. But Pacquiao is reckless. He’s been in a lot of wars. I like to excite the fans, too, but if I’d been reckless I’d have been washed up by now. And when you risk getting knocked out as brutally as he was there will be repercussions later in life, after your career ends.”

Reports claim that Mayweather will take home $180 million for Saturday’s fight, while Pacquiao will receive $120 million.