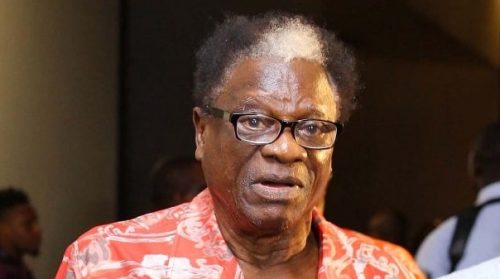 The Mayegun of Yorubaland, Dr. Wasiu Ayinde Marshal, has commiserated with the family of Dr. Victor Olaiya, the iconic highlife musician, who died on February 12, 2020 at the Lagos University Teaching Hospital, Idi-Araba.
He was 89.
In a statement released by the media office of the Mayegun, he said: “Indeed, Sir Victor Olaiya’s death, though at the advanced age of 89, is a profound loss to the Yoruba race and global music industry; we are nonetheless comforted by the fact that he used his talent to bless humanity in general.”
The Mayegun of Yorubaland stated that though the highlife music legend’s earthly odyssey might have ended, “the world would forever be grateful to him for the joy he propagated and has bequeathed posterity through his music.”
While praying for the repose of his soul, Marshal added: “The thoughts and prayers of Yorubas across the world are with the Olaiya family at home and abroad.”