Marwa: A Legend at 69, by Femi Babafemi 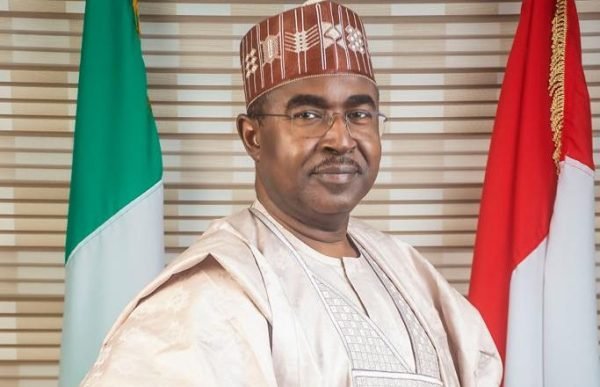 For over two decades, Mohamed Buba Marwa was the subject of heroic tales of exemplary leadership. Those who experienced him readily argued that he was one of the shining examples of good leadership when the military was in charge of the country. The story of how he turned around Lagos―breaking the stranglehold of robbers and taming the lawlessness of the Area Boys―echoes now and again. And like true legends, there were legacies to his name―too many to mention in one breath―including the famous Keke Marwa and the reinvigoration of Operation Sweep.

Now and then, there were expressions of nostalgia for “the days of Marwa” as a metaphor for effective leadership.

But as fate would have it, a second opportunity to relive the Marwa Experience surfaced on January 15, 2021, when President Muhammadu Buhari appointed the retired Brigadier-General as the new Chairman and Chief Executive of the National Drug Law Enforcement Agency, NDLEA.

The news generated a buzz and rekindled old memories. The legend of Marwa came back to life. Can thunder strike twice? Many wondered, not out of scepticism, but from the swellings of great expectations.

Twenty months later, Marwa proved his old admirers right. He has won new hearts with his dynamic leadership at the NDLEA. Today, what was once a story from a past era, of the “Marwa Magic in Lagos,” is now the story of our time as captured by the Marwa Effect in NDLEA.

Indeed, Marwa has held many high-profile offices in his time, including as Military Governor of Old Borno (1990-1992), Registrar of the Nigeria Defence Academy (1992-1993) and Military Administrator of Lagos (1996-1999). What is remarkable is that he has maintained a consistent trajectory of achievements attained on the altar of purposive leadership and effective management.

In a country where issues are profoundly politicized and achievements of public officers are viewed with distrust and x-rayed for ulterior motives, Marwa is an exception. Nigerians from all walks of life, across political divides, from different religious leanings and of diverse ethnicities, are in one accord in their appraisal of him, his reforms, leadership and transformation of NDLEA: a job well done, so far.

Discussions about him invariably always narrow down to the question of what makes Marwa tick as a leader. For answers, the details are in bold relief. One, where other leaders are overcautious of taking a radical step, Marwa doesn’t dither, if the situation calls for it. He demonstrated this when he expanded the NDLEA by creating six new directorates, 14 zonal commands, and a tactical unit of Strike Forces, among others.

Two, he also doesn’t go on “wild goose chases.” His every action is strategic and calculated to deliver results. An example is his Offensive Action operation launched a few days after he became the helmsman of the anti-narcotic agency. The results―18,940 arrests, 2, 904 convictions, and 3.6m kg of drugs seized from January 2021 to July 2022―were watersheds in the history of the Agency.

Three, he believes in results by motivation. His philosophy has always been that organisational goals are easily achieved when the workforce gives its best and that the best can only come from happy workers. In this regard, he pulled all the stops to give the NDLEA workforce improved work conditions. That process is still ongoing, and so far, there have been promotions, payment of allowances and other constructive developments that give hope to the Agency’s staff.

Marwa is a stickler for innovation. That is his fourth quality as a leader. A man who believes in pushing the boundary. We can see that in the present metamorphosis of NDLEA, especially in the Agency’s War Against Drug Abuse (WADA) advocacy. In many areas, the NDLEA is blazing the trail in drug law enforcement and the approach adopted by the Marwa-led administration is winning the confidence of Nigerians.

Five, he is a man who plans. His tenure as Chairman of the Presidential Advisory Committee on the Elimination of Drug Abuse (PACEDA) laid the groundwork for the total overhaul of NDLEA, ensuring that he arrived at NDLEA with a blueprint. That underscores why his tenure will be different in the annals of NDLEA. After 20 months, his plans are taking shape and it is obvious to the public that he and his management team are caught in a historic moment and process of rebuilding NDLEA into an institution that will stand the test of time.

Back in 1997, he was hailed by Newswatch magazine as “Man of the Year.” And 24 years later, he was Champion newspaper’s “2021 Man of the Year.” In the past year, there were no less than 10 media honours for him and the Agency. What that tells us is: Despite the time lapse between his last major public administration and his present appointment, Marwa is still his vintage self.

This man of history clocks 69 today. On a day like this, one would have wished he’s seated with his family, friends and well-wishers to celebrate but no, he’s in far away United States of America strenghtening ties with our strong allies and partners, pushing for the wellbeing of officers and betterment of NDLEA. What a sacrifice to make for others and the good of our nation, Nigeria! Being with him on this journey, I remember, we can’t let this day just go by without putting out these few lines to appreciate him. No doubt, we have a cause to felicitate with him, and his family, if not for anything, but in appreciation of his selfless service to his country.

. Babafemi is the Director of Media and Advocacy, NDLEA.