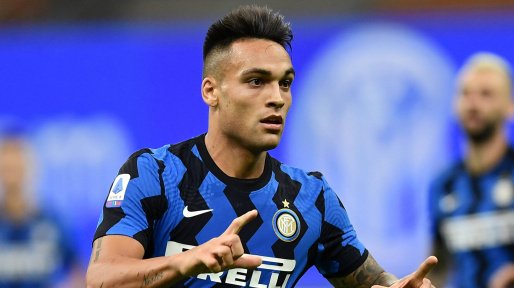 Lautaro Martinez’s first hat-trick for Inter Milan helped his side crush Crotone 6-2 to earn their eighth successive Serie A win on Sunday.

This result has sent Antonio Conte’s team to the top of the standings above AC Milan.

With their local rivals in action later on Sunday, Inter Milan knew a win would see them go top, if only temporarily.

But it was not looking promising as second-bottom Crotone took a shock 12th minute lead through Niccolo Zanellato.

However, Romelu Lukaku sent strike partner Martinez through to level eight minutes later, before an own goal from Luca Marrone put Inter Milan in front.

A Vladimir Golemic penalty kick then levelled things up once again.

With the quality Inter Milan possess upfront, it was only a matter of time until they put Crotone to the sword in the second half.

This was before Achraf Hakimi put the icing on the cake with a late sixth to put Inter Milan top on 36 points.

They are however only two points clear of AC Milan and seven clear of Roma, who also play later on Sunday.