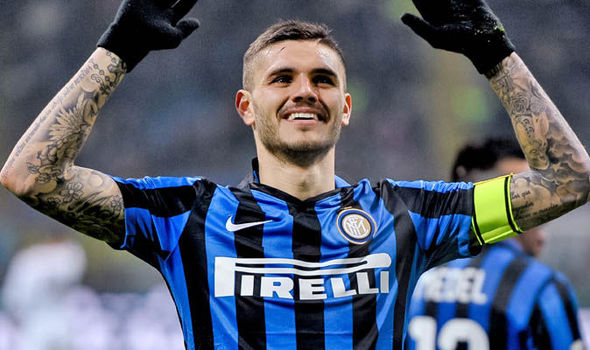 Mauro Icardi was left out of Argentina’s FIFA World Cup squad on Monday as coach Jorge Sampaoli named his 23 players for next month’s tournament in Russia.
Icardi is the joint top goal scorer in Italy’s Serie A this season.
Sampaoli named just four forwards in his squad with Lionel Messi, Paulo Dybala, Sergio Aguero and Gonzalo Higuain all selected.
That meant there was no place for Icardi, who scored 29 league goals for Inter Milan this season.
Although Argentina boast some of world football’s most prolific strikers, they have struggled for goals in competitive matches.
Argentina scored just 19 times in the South American group’s 18 qualifying matches, with only Bolivia scoring fewer.
They lost in the World Cup final four years ago but only qualified for this year’s tournament thanks to a win in their final qualifying match.
Argentina have been drawn in Group D alongside Iceland, Croatia and Nigeria.