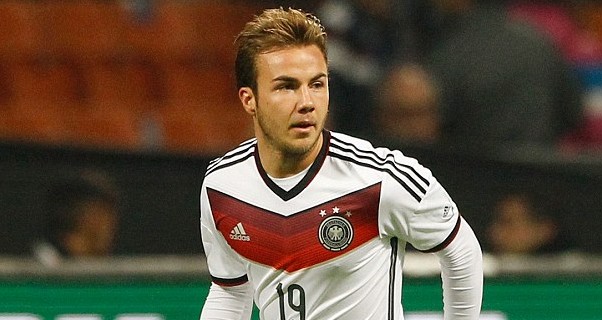 Former Borussia Dortmund and Bayern Munich attacker Mario Götze has returned to Germany for what will be a 12th season in the Bundesliga after joining UEFA Europa League winners Eintracht Frankfurt from PSV Eindhoven.

A five-time Bundesliga champion – famed the world over for scoring the winning goal for Germany in the 2014 FIFA World Cup final – Götze has agreed terms on an three-year deal at Deutsche Bank Park.

The ultra-talented attacking midfielder – who only recently turned 30 – struck 18 goals and provided 18 assists in 77 games in all competitions for PSV over the past two seasons. He joined the Dutch side from Borussia Dortmund – where he was enjoying his second spell – in October 2020.

Götze made his Bundesliga debut under Jürgen Klopp at BVB back in 2009, the year in which he also picked up the Fritz Walter medal for excellence for his displays at youth international level. An attacker of mesmerising ability, the Memmingen native was one of many young stars to light up the Westfalenstadion as Die Schwarzgelben won back-to-back Bundesliga titles and a league and cup double between 2010 and 2012. In his first stint at the club, Götze scored 31 times in 116 appearances.

Despite firing Dortmund to the 2013 Champions League final, providing eight assists en route to a 2013 meeting with Bayern, Götze was forced out of the showpiece against his future side with an injury. A further three German championships, along with two DFB Cups and the FIFA Club World Cup were added to his to his trophy haul in a three-season stay with the Bavarian giants.

In total, the highly versatile attacker managed 36 goals in 114 games across all competitions between 2013 and 2016 at Bayern. He then returned to Dortmund for four more seasons, winning a DFB Cup and a DFL Supercup during that time.

Götze scored 17 times in 63 senior appearances for Germany since making his debut as the then youngest German international since Uwe Seeler in November 2010. His extra-time winning goal against Argentina in the 2014 World Cup final made him the first-ever substitute to produce a winner in the tournament’s showpiece.

He joins fellow new arrivals Randal Kolo Muani, Faride Alidou, Aurelio Buta Jerome Onguene, Hrvoje Smolcic and Marcel Wenig, along with Jens Petter Hauge and Kristijan Jakic who have made their loan switches to the club permanent, at Frankfurt. As well as challenging for Bundesliga and DFB Cup honours in 2022/23, Die Adler will also be taking part in the Champions League group stages following their Europa League triumph in May.

After kicking off their Bundesliga challenge against Götze’s former side Bayern on 5 August, Eintracht will face European champions Real Madrid in the UEFA Super Cup date five days later.