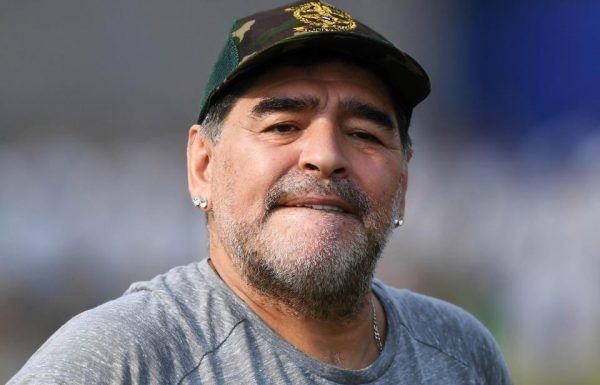 Argentine soccer legend, Diego Maradona, a 1986 World Cup winner, has been appointed coach of Mexican second division team Dorados, the club said on its website on Thursday.
The club issued a short video on their social media channels with the messages ‘Welcome Diego’, and ‘Make it a 10’, the Argentina great’s shirt number as a player.
Although Dorados, who are based in Sinaloa state in northwest Mexico, gave no further details, Mexican newspapers said Maradona had been hired to replace Francisco Gamez.
Dorados fired Gamez earlier on Thursday after a poor start to the season that brought three points out of a possible 15. They are 13th in the 15-team league, joint bottom of the table.
The 57-year-old former Barcelona and Napoli forward is considered one of the greatest players of all time after a career that peaked in 1986 when he captained Argentina to their second and last World Cup title.
But drug-addiction, overeating and alcoholism put a sharp end to an otherwise glorious career and in 2000 he nearly died following a cocaine overdose.
Maradona previously had short stints coaching clubs in Argentina and the United Arab Emirates but his longest spell in charge was with Argentina, who he led at the 2010 World Cup in South Africa.
He will be presented by Dorados this weekend and will debut as coach on September 15 when the club faces Cafetaleros de Tapachula.