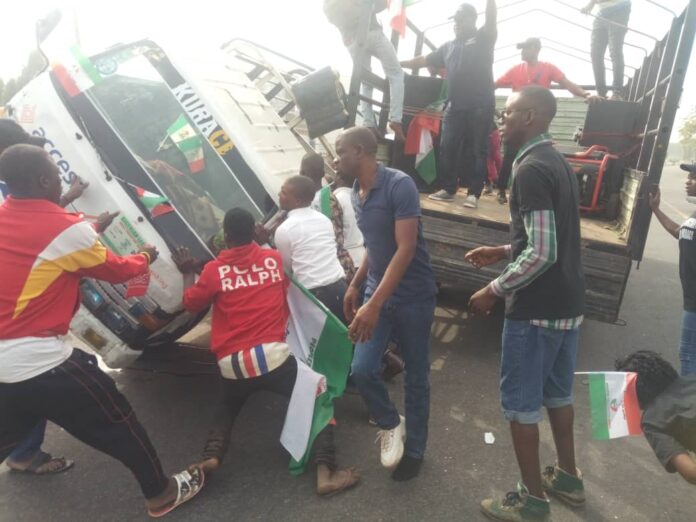 Tragedy struck on Monday during a protest by members of the Peoples Democratic Party in Abuja against the Supreme Court judgment on the Imo State governorship election.
A truck conveying the PDP supporters to the venue of the demonstration tumbled, injuring many of them in the process.
The truck crashed close to Transcorp Hilton Junction as the supporters headed towards the Supreme Court complex for the protest.
The protest was against last week’s Supreme Court judgment that unseated Emeka Ihedioha of the PDP as the governor of Imo State.
In Ihedioha’s place, the Supreme Court asked for the candidate of the All Progressives Congress for the election, Senator Hope Uzodinma, to be sworn-in as the governor of the state.
It said Uzodinma was the validly elected governor of the state, asking the Independent National Electoral Commission to issue him a Certificate of Return.