Many feared dead, houses burnt as tanker explodes in Benue 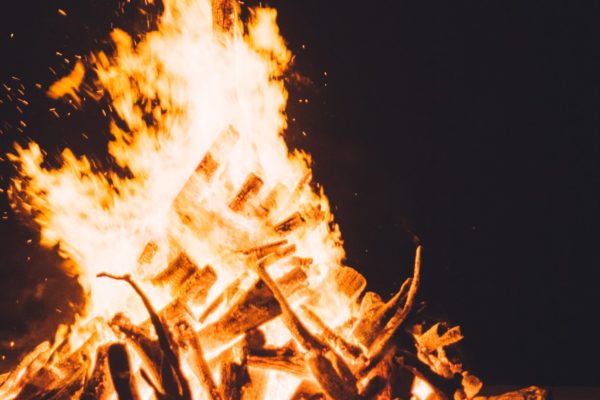 Many persons were feared dead and properties worth millions of naira destroyed when a fuel tanker exploded in Oshigbudu community, Agatu Local Government Area of Benue State on Sunday.

The Federal Road Safety Corps, however, put the number of casualties at 12 aside the many houses, shops and vehicles that were burnt.

The tanker, loaded with petroleum product, was reported to have fallen at Oshigbudu-Obagaji Junction, spilling its content.

The Corps Commander of the FRSC in the state, Yakubu Mohammed, said 12 bodies, including eight males, three females and one child, had been recovered from the scene of the accident as at press time.

The Vice Chairman of Agatu Local Government Area, John Ikwulono, said it was possible more lives might have been lost.

Ikwulono said: “At the moment, we cannot ascertain the number of deaths.

“People who were not able to escape got burnt.

“The inferno is still on.

“I can tell you that it is a very terrible thing, especially as we are finding it difficult to get fire service to the area.

“When we contacted the fire service station in Otukpo, they said their vehicle had broken down.”

Ikwulono lamented the absence of fire service in Agatu, saying the only one in Benue South Senatorial District is located in Otukpo, about one hour drive to Oshigbudu.

He said the people resorted to use of manual efforts to put out the fire.

The Fire Service Director in charge of Benue State, Donald Ikyaaza, said he just received the report of the fire incident in Agatu.

Ikyaaza said: “Oshigbudu is far from Makurdi and only Otukpo can connect the place.

“The state does not have a sub-station in Otukpo.

“The one there is Federal Government-owned.”