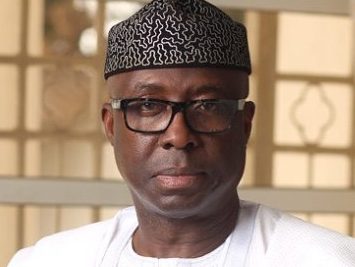 The Federal Government has said the manufacturing sector is the backbone of the country’s employment sector as it currently employs over seven million Nigerians.

This was disclosed by the Minister of Industry, Trade and Investment, Niyi Adebayo,  during the virtual cake cutting event to mark the  Manufacturers Association of Nigeria 50 years celebration in the Federal Capital Territory, Abuja over the weekend.

According to Adebayo: “There are many aspects of the manufacturing sector that crave for recognition, especially in the scale of growth.

“It has achieved increased total output by over $40 billion in the last 20 years in addition to closely employing seven million, among several landmark achievements.

“We have seen amazing examples like in the cement sector which has witnessed incredible growth rate  fully dedication to local demands and has attained the capacity to export cement to the neighbouring countries.

“I bring greetings from the Federal Ministry of Industry, Trade, and Investment and I wholeheartedly congratulate MAN on its 50th anniversary. Nigerian manufacturing sector has come a long way since the establishment of MAN.”

In his address, the President of MAN, Engr. Mansur Ahmed, said MAN’s membership strength is over 2,500 which comprises multinationals, large corporations, small and medium scale industries.

Ahmed said: “These members are serviced through our 14 branches nationwide, 10 sectoral and 76 sub-sectoral groups; the Abuja Liaison Office and the National Head Office in Lagos.

“In West Africa and Africa, MAN has played significant roles in fostering collaboration amongst manufacturers and advancing the interest and recognition of the Private Sector.