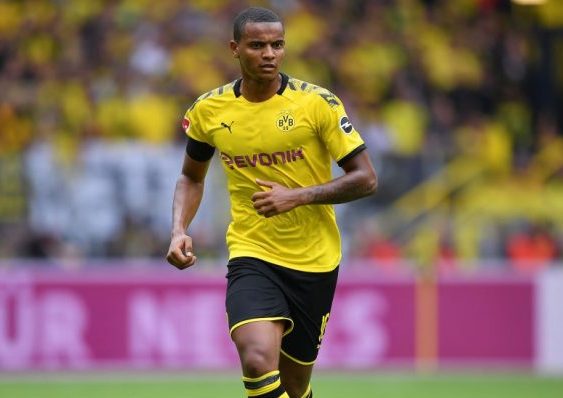 Borussia Dortmund defender Manuel Akanji has claimed he is ‘fully focused’ on playing for the German giants, despite reports linking with a move to Manchester United this summer.

Akanji, 26, has previously been a target for United, with Ralf Rangnick a big fan of the centre-back.

Recent reports, however, have suggested Switzerland international Akanji is open to a move to Old Trafford as he seeks a new challenge. The player is also said to keen to play in the Premier League.

Akanji is in no rush to head to England, though, and is happy playing for the Bundesliga side under Marco Rose.

‘I am fully focused on Dortmund at the moment,’ Akanji is quoted by Kicker when quizzed on his future at the Bundesliga club.

‘We will see what happens in the future. I’m totally happy to play in this team. I think I have an important role and I want to perform until the end. And then we’ll see in the summer how things go.’

Reports last week suggested Akanji rejected a new deal at the club in favour of a move to the English top flight.

The Red Devils have been linked with several stars including Ajax pair Jurien Timber, 20, and Morocco international Noussair Mazraoui in recent weeks.

United would have to pay in the region of £20million to secure his services, in order to persuade Dortmund to part ways with their Swiss star.

Akanji joined Dortmund from FC Basel in January 2018 and is contracted to the club until summer 2023.