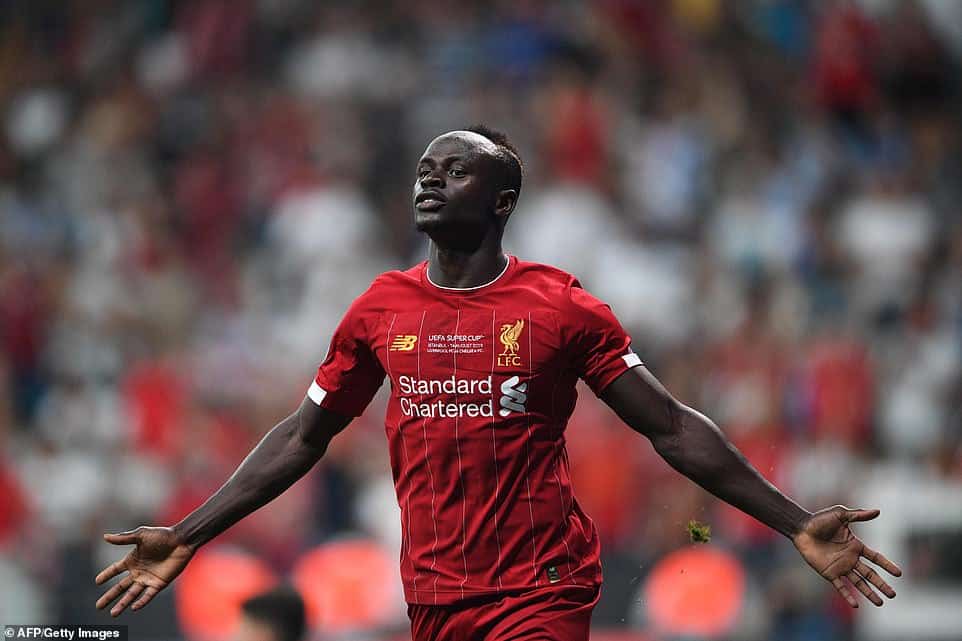 Two goals from Sadio Mane just after halftime eased champions Liverpool to a 2-0 win over 10-man Chelsea in the Premier League season’s first heavyweight clash at Stamford Bridge on Sunday.

The game never threatened to live up to the eight-goal thriller when the side’s met in July, and it proved all-too-easy for Liverpool to lay down the season’s first big marker.

However, Chelsea were architects of their own downfall.

Chelsea managed only one goal attempt in the first half but were solid enough until Danish defender Andreas Christensen was sent off shortly before the interval for hauling down Mane.

Mane headed Liverpool in front five minutes after the interval and four minutes later took advantage of a dreadful error by Chelsea keeper Kepa Arrizabalaga as the hosts crumbled.

Liverpool gave new midfield signing Thiago Alcantara a debut off the bench, but the Spaniard’s first impact was to offer Chelsea a lifeline.

The former Bayern Munich player fouled Timo Werner to concede a penalty with a little under 20 minutes remaining.

But Jorginho’s effort was saved by the otherwise redundant Alisson Becker to spare Liverpool any late tension.

Liverpool have won both their opening games, while Chelsea have three points.