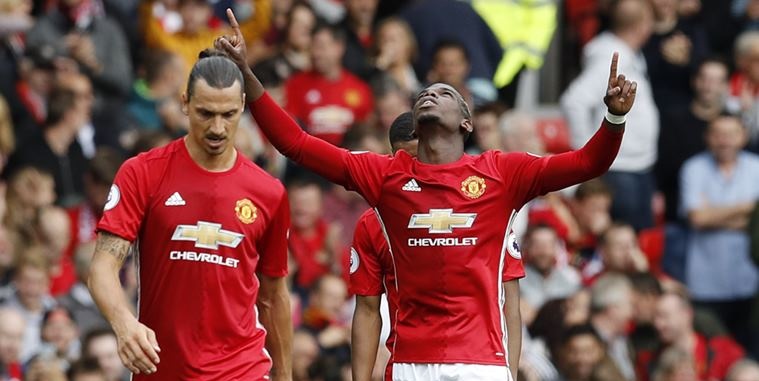 Man U vs. Leicester City
Venue: Old Trafford
Kick off:

The Premier League campaign kicks off with two former champions this evening as Manchester United entertain Leicester City at Old Trafford.
Jose Mourinho’s side have endured a difficult pre-season period, full of fitness and transfer frustrations, but have won their opening game in each of the last three seasons.
The Red Devils find themselves in the unusual position of being overlooked as title contenders.
They have a 19-point gap to make up on champions Manchester City from last term and there is a lot more optimism of a challenge across the border at Liverpool than there is at United.
Mourinho’s last two jobs – at Real Madrid and Chelsea – have ended turbulently during his third year in charge and there are signs that history could repeat itself.
United’s pre-season results and performances have been underwhelming and Mourinho has publicly belittled the young players who made up their US touring party in the absence of those World Cup stars who have enjoyed an extended break.
One positive from United’s summer is the form of Alexis Sanchez, who was far from his glittering best upon joining from Arsenal last January.
With several of United’s star names likely to miss the start of the campaign, there will be pressure on the Chilean to hit the ground running.
However, Sanchez had admitted his disappointment with United’s summer business and the lack of quality arrivals.
Defensive midfielder Fred from Shakhtar Donetsk is the club’s only major acquisition, along with young defender Diogo Dalot and third-choice goalkeeper Lee Grant.
On the other hand, Claude Puel survived the summer but will know that his position may not be secure for long unless he can turn around the form in which the Foxes finished last season.
After a honeymoon period of one defeat in his first nine matches upon arriving last October, the Frenchman oversaw just five wins across the next 21 league games and Leicester only narrowly hung on to a top-half finish.
The club’s owners have been spoilt by the miracle title win of 2015-16 as they have not since gone through a season without making a managerial sacking, and they may not waste much time continuing that trend unless Puel can show improvements immediately.
Riyad Mahrez finally got his move to Man City and leaves a huge creative and goalscoring void, having contributed a combined 60 goals and assists across the last three seasons.
Leicester will be hoping that lightning strikes twice having brought in another Algerian winger – Rachid Ghezzal – from AS Monaco as his direct replacement.
Norwich City youngster James Maddison has also arrived but most of Leicester’s recruitment focus this summer was on shoring up a defence which conceded 60 goals last term – the fifth worst record in the division.
Portugal international Ricardo Pereira should make the right-back spot his own after joining from Porto, while Jonny Evans is a very astute signing as partner to Maguire, for whom the Foxes reportedly rejected two offers from Friday’s opponents.
The England World Cup hero, along with Jamie Vardy, will be key to Leicester’s hopes of launching a European bid, but they will need the likes of Demarai Gray and Kelechi Iheanacho to step up if they are to keep pace.