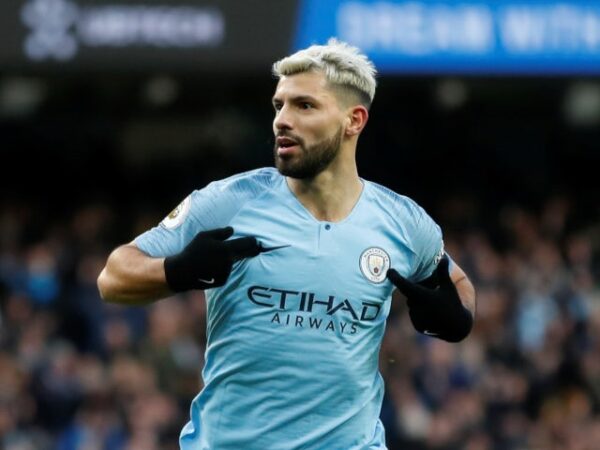 Manchester City won the Carabao Cup for a third successive season and took the first step towards realising their ongoing treble ambitions with a nervy 2-1 win over Aston Villa at Wembley.
A close-range finish from Sergio Aguero set Pep Guardiola’s side on their way (19), before Rodri dampened hopes of an upset when he headed home Ilkay Gundogan’s corner with half-an-hour on the clock.
While it initially looked as though Villa would be on the end of a hiding from there, they found a way back when Mbwana Samatta became the fifth African player to score in League Cup final following John Stones’ glaring error.
After a brave showing in the second half, it looked as though they might force a penalty shootout at the national stadium when Bjorn Engels’ header was tipped onto the framework of the goal by Claudio Bravo, but City held on for a fifth title in the last seven campaigns.