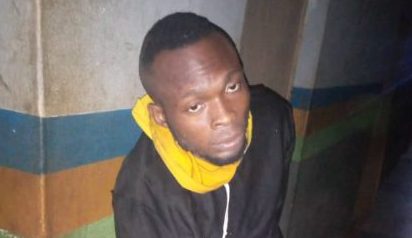 According to DSP Abimbola Oyeyemi, the spokesman of the command, Adeoye was arrested following a distress call received at the Sango Ota Divisional Police Headquarters that the store had been broken into.

The Divisional Police Officer, Sango-Ota, CSP Godwin Idekhai, mobilized his men and moved to the scene.

Detectives discovered that the two-storey building had been broken into through the balcony of the second floor, and the Managing Director’s office had been ransacked, with an attempt to break the company’s safe.

After a diligent search, Adeoye was seen hiding in a water tank, from where he was promptly arrested.

On interrogation, he confessed being a former worker with the company and that he was sacked a month earlier.

The Commissioner of Police, Edward Awolowo Ajogun, has directed an indepth investigation into the incident.

Ajogun also ordered that the suspect be charged to court as soon as investigation is concluded.