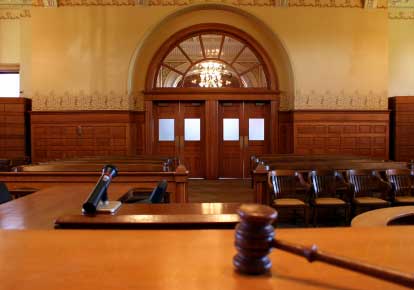 A 25-year-oldman, Jimoh Oyekanmi, was on Friday arraigned in an Osogbo Chief Magistrates’ Court for allegedly stealing fish.
Oyekanmi is facing a one-count charge of theft of fish.
The Prosecutor, Insp Fagboyinbo Abiodun, told the court that the accused committed the offence on Thursday at about 11.a.m. at Ofatedo area of Osogbo.
Abiodun said Oyekanmi broke into the house of one Hammed Oyeniye to steal the fish valued at about N50,000 before he was apprehended in the act.
He said the offence contravened Section 30 of the Criminal Code Cap 34 Vol. 11, Laws of Osun, 2003.
The accused, however, pleaded not guilty to the charge against him.
The defence counsel, Bose Adeyinka, prayed the court to grant her client bail on liberal terms.
The Magistrate, Olusola Aluko, granted the accused bail in the sum of N50,000 and two sureties in like sum.
Aluko said the sureties must reside within the court’s jurisdiction and must show evidence of tax payments.
They must also present three passport photographs attached with an affidavit of means.
The case was adjourned till January 18, 2017 for mention.