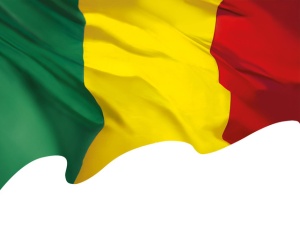 Mali’s President, Ibrahim Boubacar Keita, was on Tuesday sworn into Office for a second five-year term.
Keita took his oath before Supreme Court judge Nouhoum Tapily during a small ceremony held at the cultural palace in the capital Bamako.
In a televised inaugural speech after the ceremony, Keita pledged to foster national unity in the conflict-torn West African nation, where separatist rebel groups and Islamist militants stage regular attacks.
“I reach out to everyone, without any exclusivity, because it is in unity that Mali will move forward,’’ said Keita, who was expected to appoint the head of his new government later on Tuesday.
The president also promised “a fierce fight against corruption’’ as well as job creation for young Malians.
A public inauguration ceremony is scheduled for September 22, at Bamako’s football stadium.
Keita was re-elected amid a tense presidential run-off in August, which was disrupted by sporadic violence.
The 73-year-old received 67.17 per cent of votes, while his arch-rival Soumaila Cisse took 32.83 per cent.
A run-off was needed after neither Keita nor Cisse, 68, managed to muster a majority in the first round, in July.