Mali edges Ghana out of FIFA U-17 World Cup, plays 2-1 to reach semi-finals 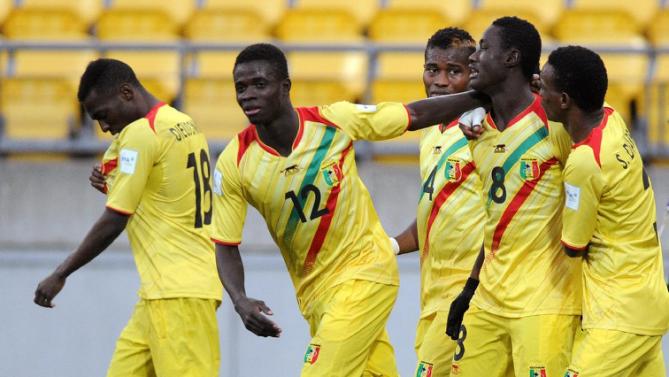 Mali on Saturday held on to defeat Ghana by 2-1 to reach the semi-finals of the FIFA U-17 World Cup India 2017.
The result followed victory over their West African rivals in this year’s CAF U-17 Africa Cup of Nations final, and moves them into a last-four meeting with either Iran or Spain in Navi Mumbai on Wednesday.
The News Agency of Nigeria reports that in a very wet weather at the Indira Gandhi Athletic Stadium in Guwahati, both sides played well through the conditions, with Mali dominating the opening half.
The Eaglets took the lead on the quarter-hour mark, as Hadji Drame broke in on the Ghanaian goal before putting his shot past Black Starlets Goalkeeper Danlad Ibrahim, for his third goal of the tournament.
Ghana then had the ball in the opposite net just before half-time.
Ibrahim Sulley’s effort was disallowed for a foul by team-mate Kudus Mohammed in the build-up.
Just after the hour mark, Mali scored their winning goal through Djemoussa Traore.
He beat the back-tracking Danlad Ibrahim with a long-range effort, after the Ghana goalkeeper misjudged his rush off goal line to make an attempted clearance outside his box.
With 20 minutes to go, Ghana halved the deficit through a penalty played by Mohammed after substituted Sadiq Ibrahim was fouled in the Mali’s box.
In the end, the Eaglets held on to secure a second appearance in the last four at a U-17 World Cup in as many tournaments.
Their only disappointment was a suspension to Mali Captain Mohamed Camara for the semi-finals following his accumulation of yellow cards.