Malabu: Why we will invite Jonathan – House of Reps 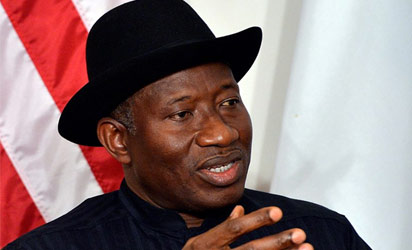 The House of Representatives on Wednesday said it has become paramount that a former President, Dr. Goodluck Ebele Jonathan, be invited to testify in the ongoing probe of the award of Oil Prospecting Licence 245, which has become known by the name of the oil company that it was eventually ceded to, Malabu Oil and Gas Limited.
The House said based on available information indicating that Jonathan knows a lot about the deals that went on, which resulted in the country allegedly losing billions of Dollars, inviting the former president had become paramount.
The position of the House was contained in a statement issued on Wednesday by the Chairman of the Ad Hoc Committee on the investigation of alleged corruption, malpractices and breach of due process in the award of OPL 245, Rt. Hon. Razak Atunwa.
The statement by Atunwa reads in full: “The House of Representatives, by a Resolution taken at Plenary set up and mandated this Committee to, inter alia, conduct a thorough examination of the process and circumstances surrounding OPL 245 and identify culpability of any persons, groups or organisations.
“The Committee is aware of recent information that have come to light, both nationally and internationally, indicating that former President Goodluck Ebele Jonathan may have been complicit in the controversial OPL 245 deal.
“The Committee is also closely monitoring the proceedings in the Italian Courts instituted by the Public Prosecutor of Milan in which Ministers in Jonathan Administration were mentioned including President Jonathan himself.
“These facts have firmly placed former President Goodluck Jonathan on the Committee’s radar.
“The Committee believes that former President Goodluck Jonathan may well be in a position to assist it with its inquiries. Accordingly, the Committee is considering inviting him to give evidence before it. An announcement will be made once a formal firm decision is taken on the matter.
“The Committee intends to be meticulous, thorough and comprehensive in its inquiry so as to bring about finality to this seemingly intractable matter.”