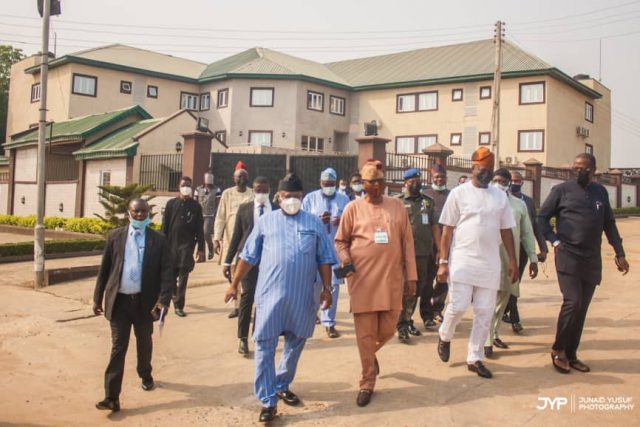 A delegation of the South West Reconciliation Committee of the Peoples Democratic Party on Wednesday met with former Ogun State Governor, Otunba Gbenga Daniel, at his Sagamu, Ogun State home, with a resolution that the former governor must return to lead the party in the State out of its current crisis.

The delegation, led by the Oyo State Governor, Engr. Seyi Makinde, also had the Chairman of the Reconciliation Committee, Prince Olagunsoye Oyinlola; Zonal Caretaker Chairman of the party, Hon. Dayo Ogungbenro; and other party stalwarts.

Sources at the meeting told The Eagle Online that Makinde extolled the capacity of Daniel as a politician. 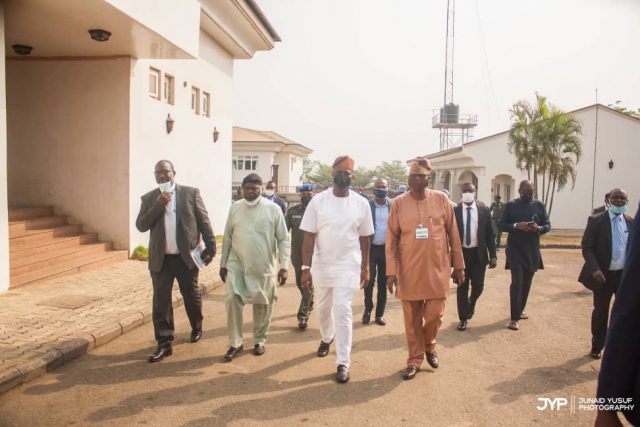 He said the party in the South West needed to take his stand and tell the national leadership what he wants.

Makinde said if all former Governors of the PDP in the South West would rise to take back their party, the party at the national level will not have a choice than to align.

The Governor recalled the crucial role Daniel played in reorganising PDP in Oyo State before the 2019 elections to return it to winning ways in the state.

Oyinlola, a former Governor of Osun State, said he had met with three groups in Ogun State and the resolution was: “If we have to solidify our stand in Ogun, you (Daniel) have to take charge.”

He assured that once the leaders in the South West presented a common front, the national leadership would comply. 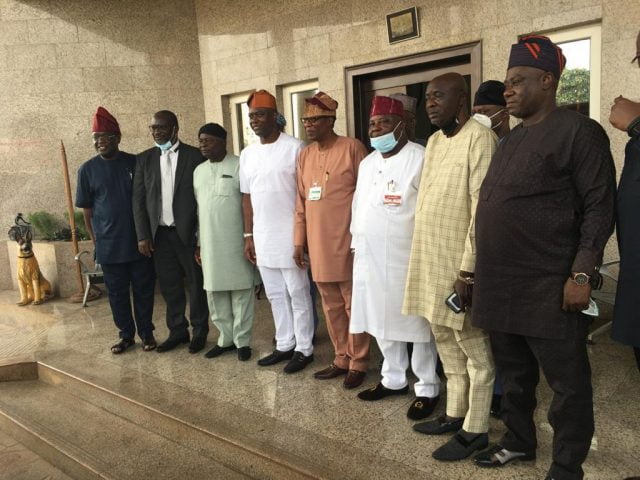 The leader of a PDP faction in Ogun State, Dr. Remi Bakare, warned that all reconciliatory efforts could come to nought if all parties were not ready to reach a compromise.

Bakare said the only way forward was for the national leadership of the party to dissolve all factions and reconstitute the state party structure under the leadership of Otunba Daniel.

Speaking earlier, Daniel said the crisis in Ogun State PDP was very easy to solve if all parties are made to know their place, adding that the solution to the problem must be all encompassing.

He said: “I have relationships with practically everybody.

“The PDP is still a strong brand, if everybody comes together.

“Our administration remains a strong reference for governance in the state and you can see that almost everyone who has or is in power came from PDP.” 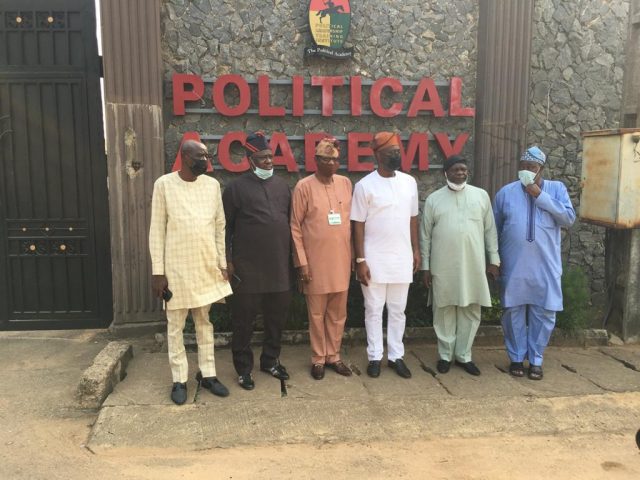 Daniel also emphasised that the party hierarchy in Abuja must realise the uniqueness of the South West so that they can properly intervene without truncating the process.

Daniel, who had his businesses attacked by the administration of the immediate past Governor of the state, Ibikunle Amosun, was believed to have some point declared for the All Progressives Congress in the state.

This was because of his support for the election of the incumbent Governor, Prince Dapo Abiodun, who contested on the platform of the APC.

But he was quick in pointing out at the time that he was a statesman who was out to protect the interest of the state and not acting as a politician.

Shortly after the election, some of his businesses grounded by Amosun, especially Conference Hotel and Suites in Abeokuta, which had gone to rot when the former governor stopped him from opening it to business after completion, have come back to life.

Sources at the meeting told The Eagle Online that Daniel has renewed his bid for the national chairmanship of the party.

He was said to have made this known to the members of the Reconciliation Committee on Wednesday.

His initial bid for the PDP national chairman’s seat in 2017 ended in controversy as the seat was given to the incumbent, Uche Secondus, at a convention in Abuja, with the heavy influence of the Rivers State Governor, Nyesom Wike.

Daniel, who had what political analysts described as the best campaign for the chairmanship election, had the backing of most States Chapters of the party.

He withdrew from the race before the election began in Abuja.

Owing to the influence of money and threat to decamp from the party by some critical leaders, especially Wike, who also accused the South West of having not contributed anything significant to the party, the seat was given to Secondus in December 2017.

However, sources said Wike has become the main backer of Daniel for the chairmanship seat.

Apart from Daniel’s competence, Wike’s 2023 calculation of a higher political position could be impacted negatively as he and Secondus are both from Rivers State.

The Rivers State Governor is said to be eying the position of the Vice President if the PDP zones the presidency to the North or appointment as Secretary to the Government of the Federation or Chief of Staff, if his party emerges victorious in the presidential election.

Ranching: Oyo not deviating from provisions of its anti-grazing law – Governor’s media aide