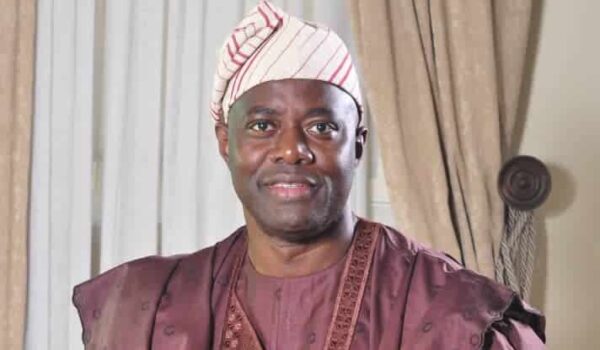 The Oyo State Governor, Engr. Seyi Makinde, has ordered all caretaker chairmen of the constitutionally recognised 33 Local Government Areas in the state to contribute N15 million each for the construction of Local Government Service Commission complexes in their domains.
The money, which amounts to N495 million for the 33 council areas, is to be paid into the Project Account with First City Monument Bank.
The order is coming at a time the State Government is at loggerhead with the councils.
The case between the State Government and the councils, championed by the Oyo State chapter of the Association of Local Governments of Nigeria, is in court.
The court has advised the two feuding parties to find an amicable solution by settling out of court.
But the Peoples Democratic Party-led State Government has said the Local Government Chairmen, elected on the platform of the All Progressives Congress, are making demands that cannot be met.
There are 68 Local Government Areas and Local Council Development Areas in the state, but only 33 are constitutionally recognised.
The letter directing the remittance of the fund, dated February 20, 2020 and addressed to all caretaker local government chairmen, was signed by Akin Funmilayo, Permanent Secretary, Local government Service Commission.
The letter reads: “I wish to refer to the recent approval granted by His Excellency, Engr. Seyi Makinde, the Executive Governor of Oyo State, for the execution of the above-named project and to crave your indulgence to release the sum of Fifteen Million Naira (N15,000,000) only approved by His Excellency as contribution for each of the thirty-three (33) Local Governments in the State toward successful execution of the project.
“For the purpose of transparency and accountability in the execution of the project, the Commission has opened a Special Account designated as Local Government Service Commission’s Secretariat Complex Project Account No. 6658133018 (Sort Code 214181721) with First City Monument Bank (FCMB) wherein the financial contributions from the Local Governments should be lodged.
“Thank you for your anticipated prompt action, please.” 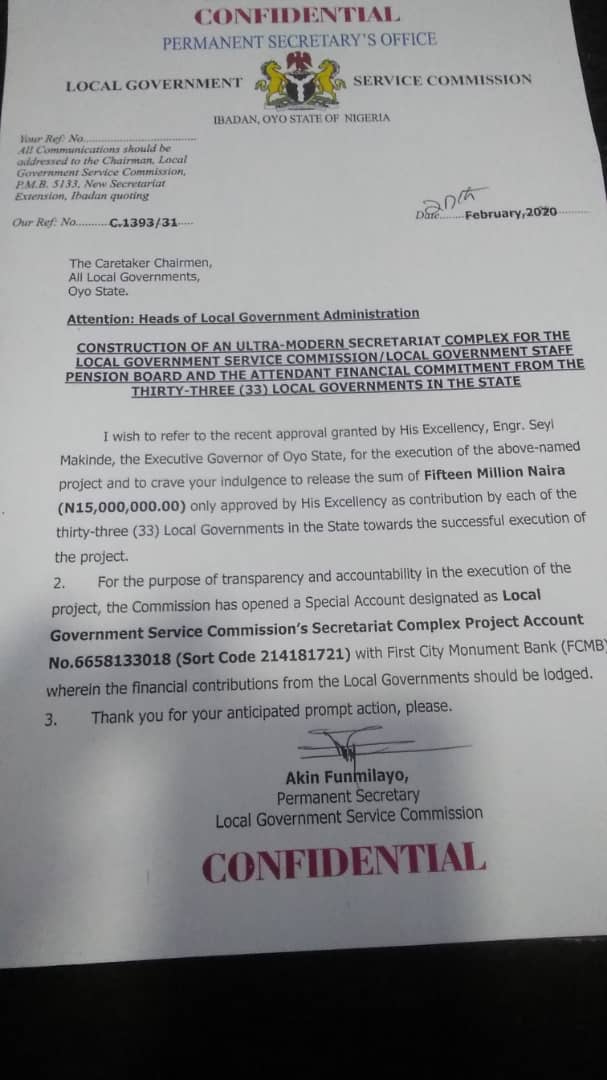