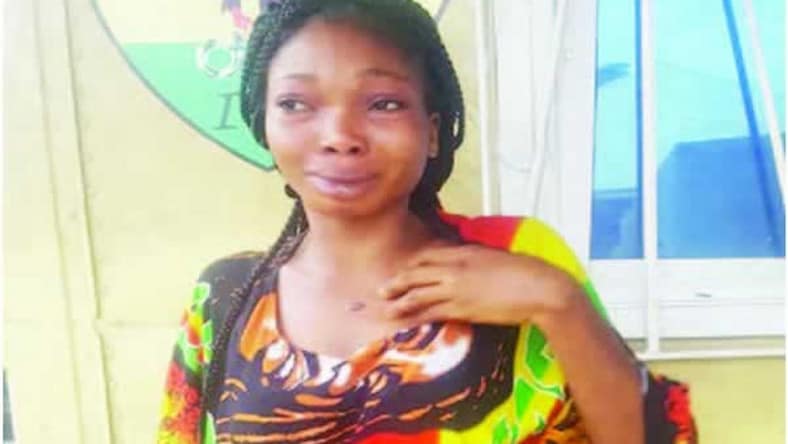 A 26-year-old housemaid, Franker Amaha, has been reported to have stolen foreign currencies estimated at N1.6 million six hours into her employment.
Amaha, who was known as Esther based on her record with the Agency from where she was employed in Ikorodu area of Lagos State, stole the money from her employer, simply identified as Mrs. Taiye of Masha area of Surulere, Lagos State, on July 25, 2019.
Reports had it that two hours after Taiye and Amaha arrived home, they had to go to the Murtala Muhammed International Airport, Ikeja, Lagos State to pick up Taiye’s sister, who just returned from abroad.
When they got home, Amaha reportedly sneaked into where her boss’s sister put her luggage, stole the hard currencies – $2,800, £1,000 and 2,000 Dutch Guilder, which amounted to about N1.6 million.
Then she fled.
Efforts to locate Amaha proved abortive as she switched off her phones.
When the matter was reported to the Agency that recommended Amaha for employment, it was discovered that both her names and that of her guarantor and their addresses were fake.
The case, initially reported at the Surulere Police Station, was later referred to the Inspector-General of Police Special Intelligence Response Team and a manhunt was launched for the suspect.
The detectives eventually trailed Amaha to her friend’s house in the Ajah area of Lagos State and apprehended her.
A police source said investigation revealed that the suspect carefully planned the crime.
He said: “The suspect went to the agent on July 24 and the agent asked that she should fill a form and get a guarantor.
“Because she has a plan, she filled the form with a fake name and attached a fake passport photograph to the form.
“She identified herself as Esther whereas she is Franker (Amaha).
“On July 25, she was taken to the house of one Mrs Taiye, at Masha, Surulere, to work as a home help and offered to be paid N20,000.
“Incidentally, a sister of her new boss returned from abroad on that same day.
“She followed her new boss to the airport to pick up her sister. When they got home, she entered into the room where her boss’ sister’s bags were kept.
“She opened one of the bags and stole all the foreign currencies therein, including $2,800, £1,000 and 200 Dutch Guilder. She left the house instantly.
“While the security man at the gate tried to stop her, she told him that she had problems with the madam.
“While the guard was trying to confirm from the woman, she took a motorcycle.
“She ran to Ajah to meet one of her friends and threw away her SIM cards.”
Amaha told newsmen she came to Lagos in 2014 and worked with Tina Okiro.
According to her, she got the job with Okiro through an agent simply identified as Mr. Sunday.
Amaha recounted: “Mrs. Okiro paid me N20,000 monthly. She enrolled me into Lagos State Polytechnic, Isolo and paid school fees. But after I had stayed with her for two and a half years, she started complaining that I was keeping late hours at school. She said that I was no longer performing my domestic chore. It was because she was complaining too much that I left.
“I went into the streets and started doing prostitution. When my brothers heard, they asked me to return home. I returned to our village and also went to Onitsha to spend some time with my brothers. I came back to Lagos and worked with a woman in Ikorodu as a house help. I worked for three months, and then went back to my village to do farming.
“I later came back again to Lagos to look for a job to raise money. I approached Mr. Frank, who is a job agent. He led me to Mr. Ade, who linked me to the woman in Surulere. Before I started working for the woman, she told me about herself and advised me on how to work for her. She said that my salary would be paid through my agent. I gave her fake name and address because I had intention of stealing from her.
“I got to the woman’s house at about 12 noon and went to airport at 3:30pm to pick her sister. We parked the entire woman’s luggage into the room. I opened one of them and took money from it. I stole $100 six pieces, five pieces 20 pounds, $20 five pieces, total became $700 and 100 pounds. I changed $100 and made my hair with it and bought new slippers. I deposited the remaining money into my account.”