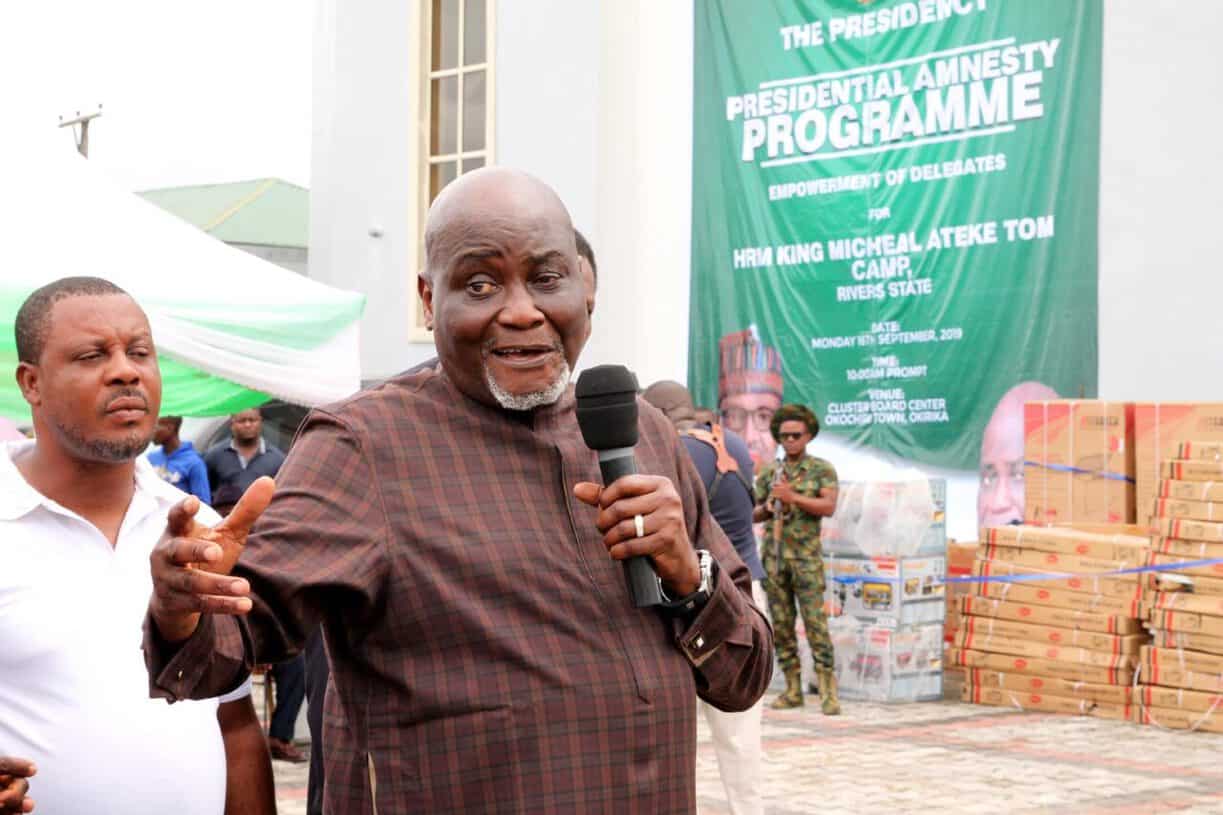 The acting Chairman, Economic and Financial Crimes Commission, Ibrahim Magu, and the Coordinator, Presidential Amnesty Programme, Prof. Charles Dokubo, have emerged as NewsmakersNG 2019 Persons of the Year.
The Person of the Year tradition being followed by some Newspapers and Magazines across the world today started in the United States in 1927 with the announcement of a Man of the Year from among newsmakers who have done the most to influence the events of the year.
The idea actually began as an attempt to remedy the editorial embarrassment earlier that year of not having aviator Charles Lindbergh on its cover following his historic trans-Atlantic flight.
By the end of the year, it was decided that a cover story featuring Lindbergh as the Man of the Year would serve both purposes.
In keeping with this noble tradition, coming from a historical lens that emphasises people at the top of major organisations, Magu and Prof. Dokubo were selected as the two Most Outstanding Heads of Agencies in Nigeria in 2019.
Magu was considered worthy of the honour based on EFCC’s astronomical and unprecedented 1,268 convictions in its war against corruption, fraud and economic crimes in 2019.
The anti-graft agency also secured from corrupt public officials the forfeiture of remarkable properties to the Federal Government and recovered billions of naira, millions of dollars, pounds sterling and other foreign currencies last year.
Among the forfeited properties that Magu handed over in 2019 are the Voice of Nigeria, North East Development Commission, Nigerian Diaspora Commission and the National Directorate of Employment.
Prof. Dokubo recorded unprecedented achievements in fast-tracking development and deepening peace in the Niger Delta region, achieving the objectives of the master plan in the Amnesty Programme vision statement seeking to contribute to security stabilisation in the Niger-Delta through disarmament, demobilisation and rehabilitation.
He has sustained plans to re-integrate the people of the Niger-Delta, especially the ex-agitators, as a pre-condition for medium and long term development that yielded the desired result and contributed to the balance of power in the oil sector in the world in 2019.
Following President Muhammadu Buhari’s mandate to retool and refocus the Amnesty Programme to its original mandate and the reintegration of 30,000 ex-militants who nearly crippled the Nigerian oil sector at a time, Dokubo ensured that vocational training centres in Rivers, Delta, Bayelsa, Edo and Ondo States were completed and activated for massive training of beneficiaries in healthcare, safety and environment, fish and poultry farming, Greenhouse farming, tailoring and fashion design, mechanized rice farming and agribusiness, transformer repair/maintenance, pig farming, automobile, aquaculture and snail farming; shoemaking/leather works and ICT, among others.
Within one year in office, Dokubo’s accomplishments included 1,230 beneficiaries of the Amnesty Programme deployed across 11 partnering institutions on scholarship in January 2019, 200 beneficiaries undergoing training in transformer repairs and maintenance at Rivers State University of Science and Technology, Port Harcourt; bringing the work at Vocational Training Centre for Power and Energy in Bomadi Town, Bomadi Local Government Area of Delta State, to 90 per cent completion; 100 beneficiaries, mostly women, were empowered with starter packs for profitable business set up in various trades, in September 2019; four beneficiaries of the Amnesty Programme were awarded First Class degrees at the 7th convocation ceremony of Afe Babalola University, Ado-Ekiti (ABUAD), Ekiti State, in October 2019; 200 beneficiaries completed training in Welding and Fabrication, Mechanical Fittings, Scaffold and Rigging, Industrial Painting and Abrasive Blasting at Bradama International Skill Works Limited, Ondo State in October 2019; a 26-year-old female beneficiary, Ovbude Queen Ohiolei, emerged Overall Best Graduating Student at Igbinedion University Okada, Edo State at the 17th Convocation ceremony of the institution; 2,187 already trained beneficiaries of the Amnesty Programme were empowered in the past one year, and 200 beneficiaries were deployed in Bradama International Skill Works Limited for training in November 2019.
Last year, the Northern Ghana Aid and the Abantu Centre for Public Trust bestowed on Prof. Dokubo the Africa Peacemaker Award at the Africa Sustainable Development Awards 2019 held at the Best Western Premier Hotel, Accra, Ghana.
The selection of Magu and Prof. Dokubo as NewsmakersNG 2019 Persons of the Year are based on these accomplishments documented in Nigerian newspapers.
NewsmakersNG is a general interest online newspaper published since November 2016 by a team of multiple award-winning Nigerian journalists.