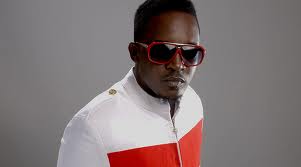 Top Nigerian rapper, Jude Abaga, better known as M I, has won an X Factor deal, a multi million naira contract from Nigeria’s giant telecoms company, Globacom Nigeria Plc.
Abaga will be paraded as one of the judges in the Glo X Factor reality television show, which kicks off in few weeks.
A dependable source within the telecoms company revealed to The Eagle Online that Abaga exhibited very strong dispositions needed in a star judge for the reality television show than other popular Nigeria acts dropped from the race.
Two other judges, it was learnt, would soon join the award winning diminutive rapper but not from stars earlier dropped.
Auditions are said to be underway, while the winner will go home with N24 million as grand prize.