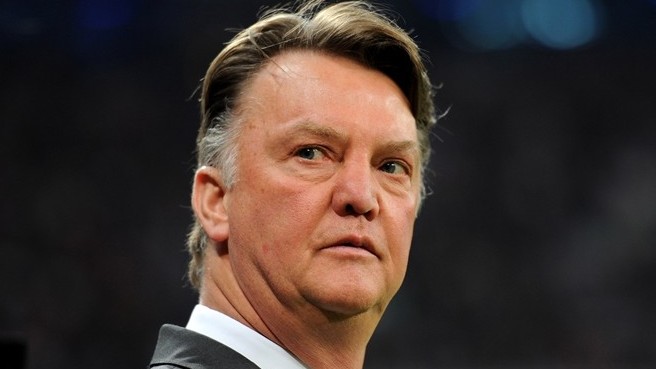 Louis van Gaal has been appointed manager of Manchester United on a three-year deal and vowed to “make history” at the club. The Holland coach will officially start work at Old Trafford in July after his commitments at the World Cup are over.
Van Gaal emerged as United’s preferred choice shortly after David Moyes was sacked but the club asked Ryan Giggs to take temporary charge until the end of the season while they concluded a deal with the Dutchman, who has vast experience of coaching at the top level.
His previous jobs include spells with Ajax, Bayern Munich and Barcelona. He won the domestic title with each of those clubs and also with AZ Alkmaar.
Ryan Giggs will be his No2 with Frans Hoek and Marcel Bout joining as assistant coaches.
Ed Woodward, the United vice-chairman, said in a statement from the club: “In Louis van Gaal, we have secured the services of one of the outstanding managers in the game today. He has achieved many things in his career to date and Old Trafford provides him with a fitting stage on which to write new chapters in the Manchester United story.
“Everyone is very excited about this new phase in the club’s history. His track record of success in winning leagues and cups across Europe throughout his career makes him the perfect choice for us. People know him as a larger than life character but I have also been extremely impressed by his intelligence, thoughtful approach to the role and his diligence. I’m looking forward to working with him.
“I’m delighted that Louis has chosen Ryan as his assistant. Ryan’s association with the club spans over two decades and his knowledge and stature will be of great use to Louis. In addition, this is a fantastic opportunity for Ryan to learn his trade alongside a world-class manager whose attacking instincts and belief in youth are tailor-made for Manchester United.”
Van Gaal said: “It was always a wish for me to work in the Premier League. To work as a manager for Manchester United, the biggest club in the world, makes me very proud. I have managed in games at Old Trafford before and know what an incredible arena Old Trafford is and how passionate and knowledgeable the fans are. This club has big ambitions; I too have big ambitions. Together I’m sure we will make history.”
Executive co-chairman, Joel Glazer, added: “I am delighted that Louis will be our next manager. He has an outstanding pedigree as a coach, both as a man who motivates his teams to win trophies and as someone who believes in giving young players a chance to prove their worth. I am sure he will make a big impression on the club, the players and the fans.”
Van Gaal said last week that would love the United job and described the club as the biggest in the world. He takes over after a difficult season at Old Trafford which ended with the club finishing seventh in the Premier League, meaning they will compete in neither the Champions League nor the Europa League.
The rebuilding of the squad is expected to include the signing of the left-back Luke Shaw from Southampton.
Tottenham had hoped to lure Van Gaal for the start of next season but United proved a bigger draw for the 62-year-old. His official unveiling by United will take place after the World Cup.
Giggs said: “I am thrilled to have the chance to serve as assistant manager. Louis van Gaal is a world-class coach and I know I will learn a lot about coaching from being able to observe and contribute at such close quarters. Manchester United has been a huge part of my life and I’m delighted to be able to continue that relationship in such a key role.”
Frans Hoek is the Netherlands’ goalkeeping coach and has been instrumental in the development of keepers such as United legend Edwin van der Sar and Barcelona’s Victor Valdes. Marcel Bout joins as assistant coach, specialising in opposition scouting, having previously worked for Bayern Munich, Telstar, AZ, FC Volendam and Feyenoord.
The Guardian.