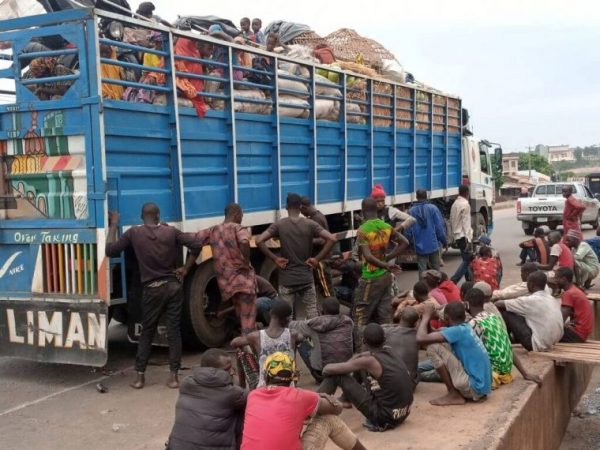 The Police in Kwara on Sunday intercepted a trailer carrying many passengers at Oyun in Ilorin East Local Government Area of the state for contravening the lockdown order.

A correspondent of the News Agency of Nigeria, who was at the scene of the interception, reports that the trailer, with registration number ZAR 180 XW, was coming from Zamfara State and heading to Ogbomoso in Oyo State.

The vehicle, which carried food items, also had no fewer than 40 passengers.

The Police, however, intercepted the vehicle and asked the driver to return back to where he was coming from.

NAN gathered that two Police vans escorted the trailer to the boundary between Kwara State and Niger State.

The Commissioner of Police in the state, Kayode Egbetokun, said the command had stationed its men at the boundary with Niger State, but the driver resorted to avoiding arrest by going through the bush path.

Egbetokun said: “I have directed that the trailer be escorted out of Kwara.

“It is the first time we are intercepting vehicles that come in through an illegal route.”

He said he had directed his men to go and identify the route and block it.

NAN recalls that Governor AbdulRahman AbdulRazaq of Kwara State had on April 10, 2020 ordered a complete lockdown restricting vehicular movement in and out of the state as a measure to curb the spread of the COVID-19.