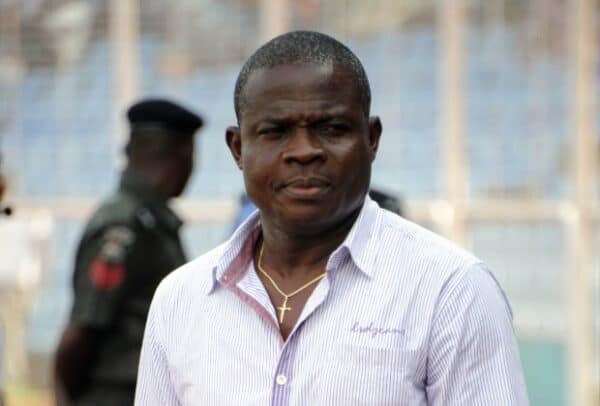 Lobi Stars have announced former Rangers International head coach, Gbenga Ogunbote, as their new head coach ahead of the 2019/20 Nigeria Professional Football League season.
The former Gateway United, Sunshine stars, Shooting Stars and Rangers gaffer has signed a one year contract with the Makurdi based club.
Ogunbote guided Rangers to a third-place finish in the just-concluded NPFL Championship playoffs and also clinched a Confederations Cup spot.
He takes over from Evan Ogenyi, who acted on interim basis following the demise of late Solomon Ogbeide.
During his two-year spell at Rangers, Ogunbote won his first ever silverware in two decades as a coach when he guided the Flying Antelopes to their maiden AITEO Cup title in 35 years, defeating Kano Pillars 4-2 on penalties after regulation time ended 3-3 in 2018.