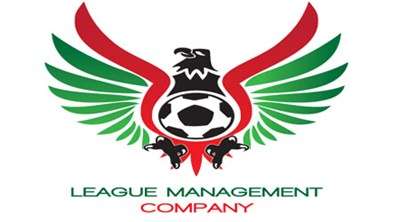 Share
Facebook Twitter LinkedIn Pinterest Email
A broadcast production agreement was on Thursday in Abuja signed by the League Management Company and the Nigeria Television Authority for production of matches of the Nigeria Professional Football League.
The papers were signed by the LMC Chairman, Shehu Dikko, and Mallam Yakubu Ibn Muhammed, the Director General of the NTA.
An official statement jointly signed by the heads of the two organizations indicate that the LMC and NTA would be setting up a private sector driven company to manage the business of the broadcast production.
According to the statement: “The company which shall be operated as a private, commercial venture will leverage its operations on the huge infrastructure, technical and human capacity and equipment of NTA spread across the country. The equipment includes very high grade eight Outside Broadcast (OB) Vans specially designed for football and sports coverage, which had been acquired by the Federal Government at huge cost.”
It marks a new vista in the management of broadcast content in the annals of professional football league in the country as hitherto broadcast right holders have also produced the games.
However, in the new dispensation, the LMC, treading the path of some European football leagues such as the English Premier League and Spanish LaLiga, is aiming to control the production and distribution of broadcast content across all media including live streaming, terrestrial and cable platforms.
This landmark venture has been facilitated and strongly supported by the Federal Government of Nigeria represented by the Minister of Information and Culture, Alhaji Lai Mohammed.
It is a culmination of strategic engagement initiated by the LMC officials with Mohammed seeking to deploy the vast equipment procured by the Federal Government on behalf of NTA for past FIFA tournaments hosted by Nigeria.
NTA also enjoys a robust network spread in the country with stations in every state capital and which the LMC hopes to leverage on to take the NPFL to the homes of millions of Nigerians in cities and rural communities.
Dikko, at the ceremony, explained that LMC will towards meeting modern broadcast standards, assist NTA to upgrade the OB Van equipment to ensure that contents produced will be globally competitive.
“The operation of the company, as envisaged will rely on the services of international technical partners and domestic expertise to provide the much needed vehicle for the production of high quality programmes and events for broadcast in the sports and entertainment industries. This model is in keeping with proven international best practices in sports content production, distribution and broadcast,” the two organizations declared in their joint statement.
League Management Company Nigeria Television Authority
Share. Facebook Twitter Pinterest LinkedIn Tumblr Email