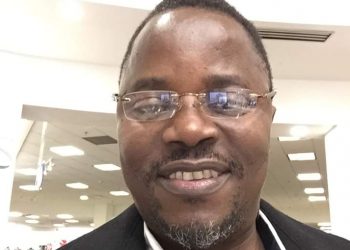 In the beginning. They were the sons of rebellion. Rebellion fertilised by years of tragic neglect. Neglect that prizes cow life far above human lives. Human lives wasted daily without a war in sight.

So, the heirs of terror turned against the land and her inhabitants. Pinheads turned into warheads. Insanity cages sanity, takes reason captive and ensures that pestilence wastes beyond noonday. Book becomes Boko. Hate becomes Haram, and mere anarchy is loosed upon the world.

Shekau, the commander of the second deadliest terror group worldwide, Boko Haram, crouched on his toes. With the butt of his AK 47 to the ground, Shekau clutched the barrel, which pointed skyward, in his left hand. He scooped some sand in his right hand and let the fine grains slip through his fingers. A grin glazed his face.

It is his land. He fought for it. He won it. The battle was tough but his army was tougher. His untrained and unschooled ‘ragtag’ army had just crushed a national army whose budget for arms and ammunition was in many billions.

Shekau: (Sniggers) These yeye kafirai people think they can win this Jihad through propaganda. I kill their soldiers like flies at the warfront, they kill me and my warriors on the pages of newspapers.

2-i-C: Don’t mind them, Ayatollah! We shall soon carve the whole of the northern territory out as Boko Haram sultanate. We’re already in Chad, Cameroon and Niger.

Shekau: (Thrusts his open palm slightly above his shoulder. A Field Commander, Abass Ali de Ruthless, places an architectural plan in Shekau’s hand from behind)

(Shekau spreads the large design on the ground with his right hand, his left hand holds his AK 47 upright).

Shekau: Allahu Akbar! This is a multi-billion dollars project. It shall be accomplished, insha Allah! And I assure you that no kobo of the funds for this project will be embezzled. If we allow corruption as they do on the Naija side, this war will be lost.

Shekau: (Cuts in) Don’t mind them. They’re a selfish lot. What does it take to run an efficient system? Inside this Sambisa Forest, what do we lack? Our Islamic schools are going on smoothly while the ASUU strike has paralysed their universities. There’s an uninterrupted power supply here. Our wives and children sleep with their two eyes closed, but they cannot sleep.

Shekau: For what? Are we going there for another throat-slitting, harvest of human heads?

2-i-C:  Not yet. But I have an intelligence report that their Big Masquerader is coming to town…

Shekau: That’s where I’ll show them who owns the land. First, reduce the number of the Bloody Lions to 15, 60 is too large, otherwise, we will be charged with war crime. We shall strike under his very nose.

2-i-C: (Smiles) Everyone knows who owns the land. Nobody reckons with a government, whose army opens fire on protesting innocent citizens, and can’t own up to its action. If Boko Haram strikes anywhere, it owns up to it. It’s a shame, an army that kills its own people.

Shekau: Don’t mind them. That government lies at the speed of light. Their army is not for the people, not for the constitution. It’s for oppression.

Ali: What they lack in terms of welfare for the people, they make up for it in lying.

Shekau: Certainly! For example, Katsina and many northern territories have long fallen to us but what they tell their people and the international community is that they are in control.

2-i-C: How can the international community help you when you give them the wrong data always? How would they sell the actual amount of arms and ammunition you really need when you already said you’ve badly degraded Boko Haram and you call it ragtag?

Ali: Ayatollah, Boko Haram has become a major source of enrichment for them.

Shekau: Yes, I know. They’re confused and they lack direction. In a viral video, a General in their army recently lamented the obsolete equipment his men were being forced to use, he was demoted. Today, their minister and spokespersons are lamenting that they don’t have the armament to face my firepower. I think they should all be demoted, too.

2-i-C: They’ve reduced governance to clowning. On a more serious note, Ayatollah, there’s something needing your urgent attention – our next year’s budget. It’s on your table for approval.

Shekau: Yes, I’ve seen it. No problem. Our international funding can take care of our needs. Also, the funds we generate through taxes in the various states are well spent. Nobody embezzles our security funds, unlike them that share everything, including poverty, hunger and diseases.

2-i-C: All our rank and file commend the speed with which you attend to state matters, Ayatollah.

Shekau: Why am I leading the people if I can’t serve them? Whenever I’m mentally and physically challenged, I’ll quit and let a more effective person mount the saddle. There lies patriotism and true greatness. But when power and greed are all you live for, you lose focus of service and breed bad blood.

(Shekau makes some pencil marks on the architectural design).

(He continues): I want the airport to be right beside the shopping mall, hotels and hospital. You know, those shameless Kafirai, they will soon be coming here on spending sprees for medical treatment, arms procurement and tourism.

Ali: Many of their citizens say their country is the worst place to live in the whole world. Some even call it a zoo.

Shekau rises up to his feet and slowly walks away from the architectural design into one of the cars in his bulletproof convoy. The convoy pulls out slowly and majestically; the journey ahead still includes visits to Chad and Cameroon.

This Commander-in-Chief is a workaholic, he personally goes out to see how his Boko Haram country is faring. He doesn’t delegate power and goes to sleep. He has no time for propaganda. Shekau and his convoy returned to Sambisa in the pillar of darkness by 11pm. He was tired.

Shekau: Mukhail, switch on the radio, I want to listen to the news.

The baritone of the newscaster wafted through the inconspicuous speakers of the brand new automobile. Here are the news highlights:

Shekau: Is that a country? A country of injustice. A country described internationally as being fantastically corrupt. Where’s their anti-corruption chief today? Corruption has become a huge factory in their country, where some people have the license to practise corruption. A country where a governor suspends his aide for ‘spraying’ money but the governor himself had also been sprayed with money as he danced like a newly freed slave. A country without a head. Is that a country? Auzubillah!