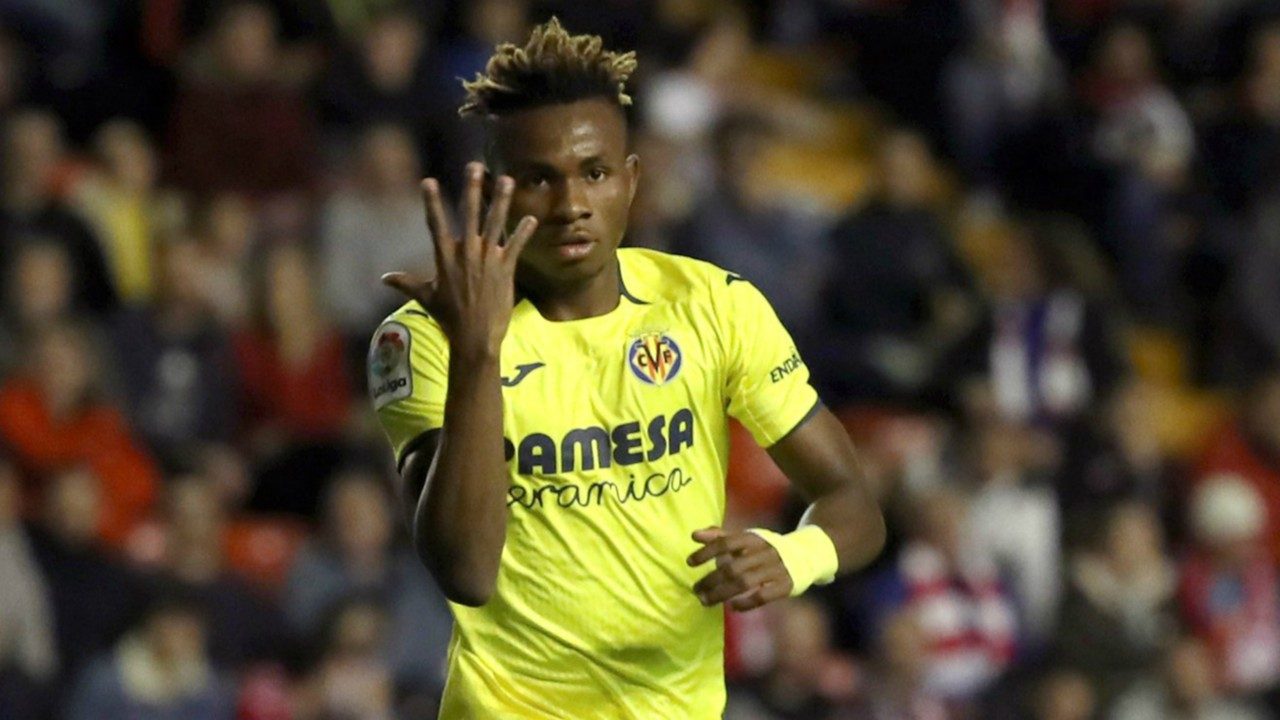 Jurgen Klopp wants to bring Samuel Chukwueze to Liverpool, but Everton could be the first club to make a move to sign the Villarreal ace, according to a report from La Razon.

The 22-year-old Nigeria international is extremely highly rated and won’t be available on the cheap.

However, The Sun claimed he could be available for around £60 million.

The Villarreal man is clearly a player who could blow up into a superstar over the next few years.

And he is a player highly in demand.

Klopp also wants to bring him to Anfield.

Chukwueze was hardly prolific in Spain last season with five goals and eight assists in 40 appearances.

The Nigerian ace is perfectly suited to the intense pace of Premier League football.

He has blistering speed and plays with a certain type of directness that would undoubtedly be a huge asset to either Everton or Liverpool.

Well-renowned football statistics and analytical website breaking the lines described the Villarreal forward as someone who possesses blistering pace and a fine sense of finding space.

£60 million does seem to be rather excessive considering his output in front of goal.

That doesn’t mean to say he wouldn’t be a really useful signing for Klopp or Benitez.

Whether he ends up at Goodison Park or Anfield remains to be seen.