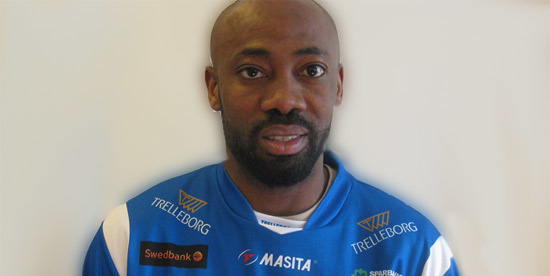 Linfield look set to sign Nigerian international striker, Kevin Amuneke, following his impressive recent stint for a junior club in Northern Ireland.
Amuneke, 30, has been playing for Ballymena & Provincial Football League club Ballynure Old Boys this season.
The much-travelled striker played for Porto’s reserves during Jose Mourinho’s time in charge of the Portuguese club.
Amuneke’s career has also included spells at Portuguese Primeira Liga side, Vitoria Setubal, and CSKA Sofia.
The striker, whose brother, Emmanuel, played for Barcelona, won his two Nigerian caps in World Cup qualifiers against Rwanda and Angola in 2005 when he was playing for Swedish club Landskrona BolS.
His career has also seen him playing for other clubs in Portugal, Sweden, Romania and Serbia.
Amuneke has been living in Northern Ireland in recent months and his performances for Ballynure Old Boys attracted interest from Linfield.
Linfield have yet to officially confirm their capture of Amuneke but Ballynure Old Boys manager Ronnie Burns says that a deal has been agreed.
“Very proud as Ballynure manager to confirm Kevin Amuneke’s transfer to Linfield FC,” Burns wrote on Facebook.
“Huge opportunity for Kevin to get back to the top level and I know everyone at the club wishes him the very best. The transfer will see Ballynure meet Linfield FC at Windsor Park in the summer.”
Amuneke’s brother Emmanuel’s career included 19 appearances for Barcelona while he scored the winning goal in Nigeria’s Olympic Games final triumph over Argentina in 1996.