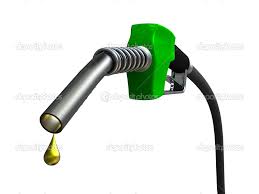 There is a saying that goes: “When two elephants fight, it is the grass that suffers.” This saying that has been used to characterise the carnage borne from the combat of two or more powerful forces cannot be overemphasised as regards the current happenings and the current state of the nation.
Nigeria is currently sitting on a keg of gunpowder with all these uncertainties hovering around the atmosphere. The government and some of its policies seem to have alienated the concerns of the masses; the planned nationwide strike by the Nigerian Labour Congress that is aimed at achieving the reversal of the fuel pump price, will also adversely affect the poor and middle class – more than it affects the power-holders that enacted the policy.
The Federal Government removed the subsidy at a time when many Nigerians were experiencing the hiked prices of commodities, and the lack of economic prosperity opportunities. This hike was undertaken without proper orientation, and without the necessary infrastructure like transportation system that would alleviate the effects of the fuel price increase. The increased electricity tariff without adequate supply of electricity was one blow too many, the falling Naira was another piece of bad news that we did not want to hear. Now, we also have to contend with skyrocketing prices of food, clothing, entertainment, general services and everything else – simply due to the increase in the price of fuel.
I am not here to talk about the economy or tell you what you already know. I am here to talk about my people, the voiceless and helpless of the society. Those who cannot reach you and tell you their minds. I am here to talk about the welfare of Nigerians.
Due to the recent decision of the FG to remove the subsidy, the Nigerian Labor Congress and other Labor Unions have decided to embark on a nationwide strike scheduled to kick-off on Wednesday 18th May, 2016. Nigerians have been advised by the NLC to stock up food and needed items as all markets, offices, banks and other institutions will be shut down.
The question now is this: what is the fate of those who do not even have resources to buy food even if markets were to be left open during the strike? I want the FG and the NLC to know this, there is no country as long as the lives, welfare and wellbeing of citizens do not matter to those who matter in the society and while you stock up your kitchens, stores, fridges, etc also remember that the vast majority of your citizens cannot remember how that feels like due to the unreasonable and selfish decisions you have made so far. While you buy in bulk – bags, baskets, cartons, drums, gallons and even trailers, these people only know and can only afford to buy in cups.
The FG and the NLC should come together and reach a reasonable compromise for the sake of the helpless masses because like they say: “One day, the poor will have nothing left to eat but the rich.” In this regard, when your policies and decisions that have made children look at their parents like failures reach a crescendo, there will be no one left for you to govern.
This article is not meant to blame or support anyone, however, I would also like to point out that ‘it is not the person who stepped on the fly that killed it but the person who hit the fly down in the first place.’ That also does not mean both of them do not have a hand in the death of the fly.
. Dove writes from Abuja and tweets from @AbangDove.