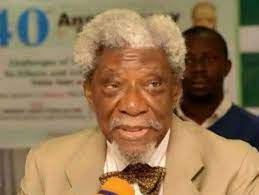 Temporary merger with the West

Lagos regained her independence from the West